On The Early Trains 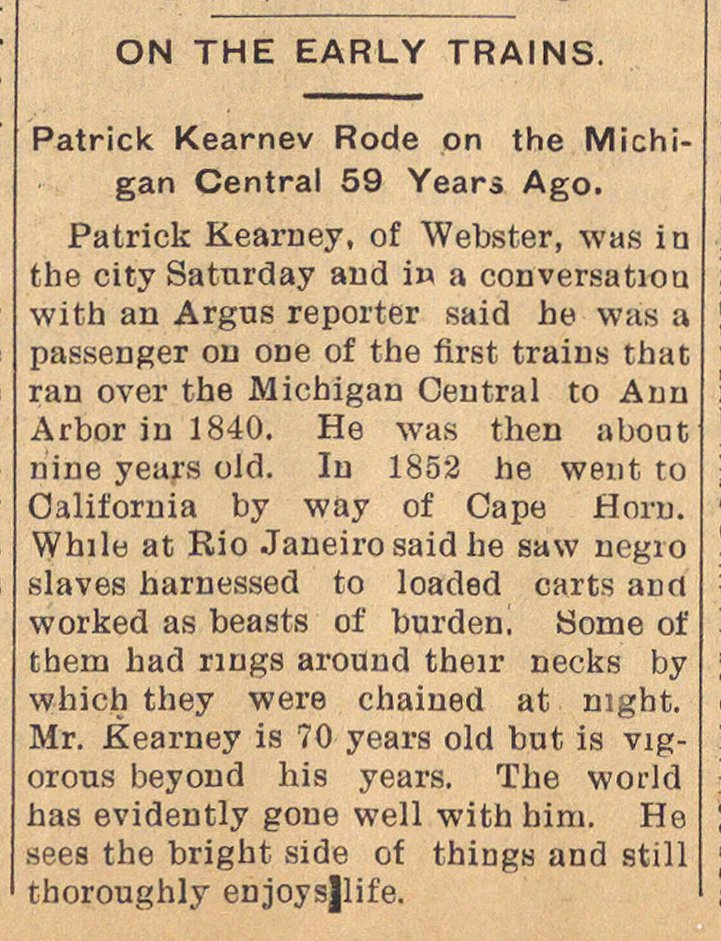 Patrick Kearaey, of Webster, was ia he city Satnrday and in a conversaron with an Argus reporter said he was a passenger on one of the first traius that an over the Michigan Central to Aun Arbor in 1840. He was then abont nine years oJd. In 1852 he went to California by way of Cape Hora. Whilt) at Rio Janeiro said he saw negro laves harnessed to loaded carts ana vorked as beasts of' burdeni Some of hem had rings around their necks by which they were chained at mgbt. Mr. Kearney is 70 years old but is vigorous beyond his years. The world has evidently goue well with him. He ees the bright side of things and still horoughly enjoyslife.