Sent To A Reform School 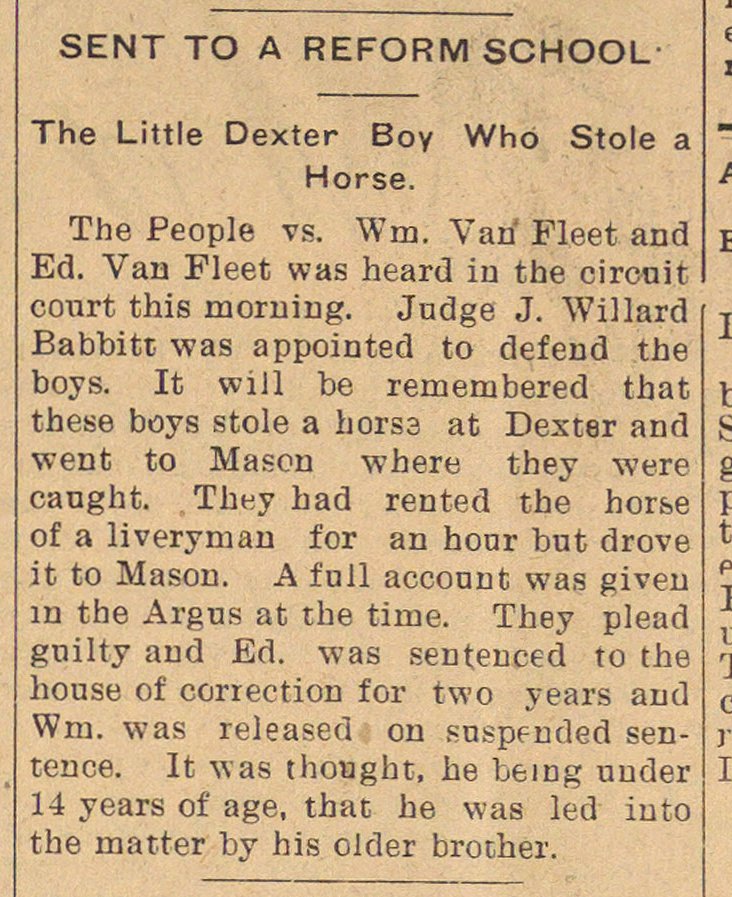 The People vs. Wm. Van Pleet and Ed. Van Fleet was heard iu the circuit court this morning. Judge J. Willard Babbitt was appointed to defend the boys. It will be remembered that these boys stole a horss at Dexter and ■went to Mason where they were catight. They had rented the hor&e of a liveryman for an honr but drove it to Mason. A full account was giveu in the Argus at the time. They plead gtiilty and Ed. was sentenced to the house of conection for two years and Wm. was released on suspended sentence. It was thooght, he being uuder 14 years of age, thac he was led iuto the matter by his older brother.