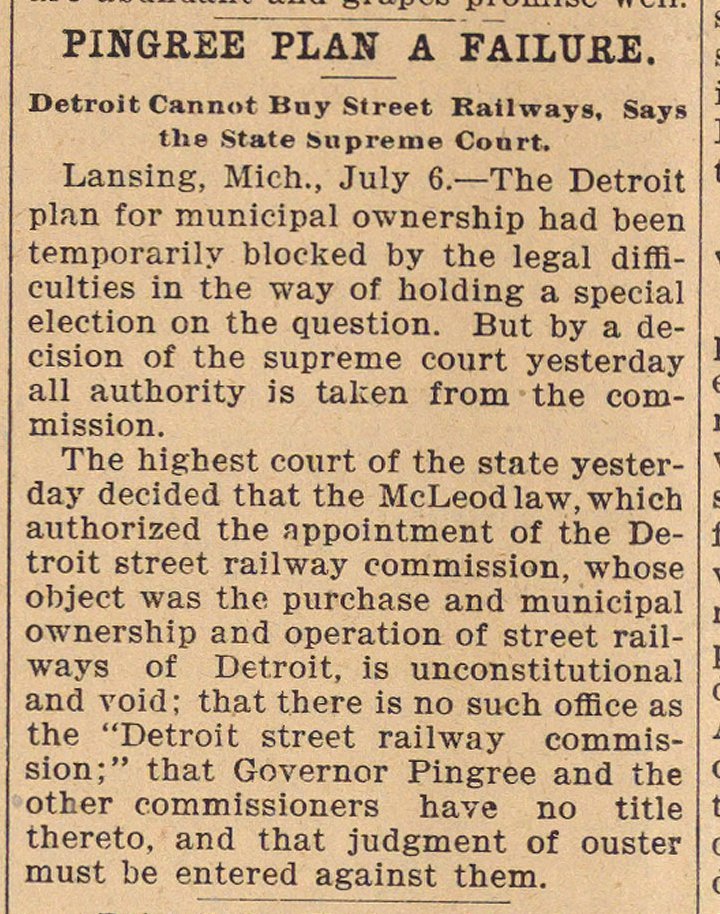 Lansing, Mich., July 6. - The Detroit plan for municipal ownership had been temporarily blocked by the legal difficulties in the way of holding a special election on the question. But by a decisión of the supreme court yesterday all authority is taken from the commission. The highest court of the state yesterday decided that the McLeodlaw,which authorized the appointment of the Detroit street railway commlssion, whose object was the purchase and municipal ownership and operation of street railways of Detroit, is unconstitutional and void ; that there is no such office as the "Detroit street railway commission;" that Governor Pingree and the other commissioners haye no title thereto, and that judgment of ouster must be entered against them.