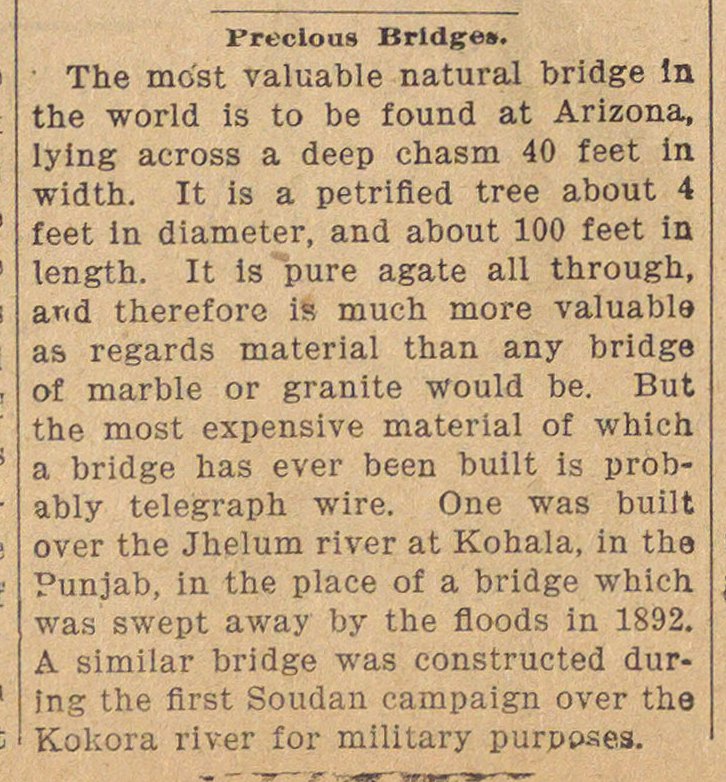 The most valuable natural bridge In the world is to be found at Arizona, lying across a deep chasm 40 feet in width. It is a petrified tree about 4 feet ia diameter, and about 100 feet in length. It is pure agate all through, arid therefore is much more valuable as regards material than any bridge of marble or granite would be. But the most expensive material of which a bridge has ever been built is probably telegraph wire. One was built over the Jhelum river at Kohala, in tha Punjab, in the place of a bridge which was swept away by the fioods in 1892. A similar bridge was constructed durtng the first Soudan campaign over the Kokora river for military purpeses.