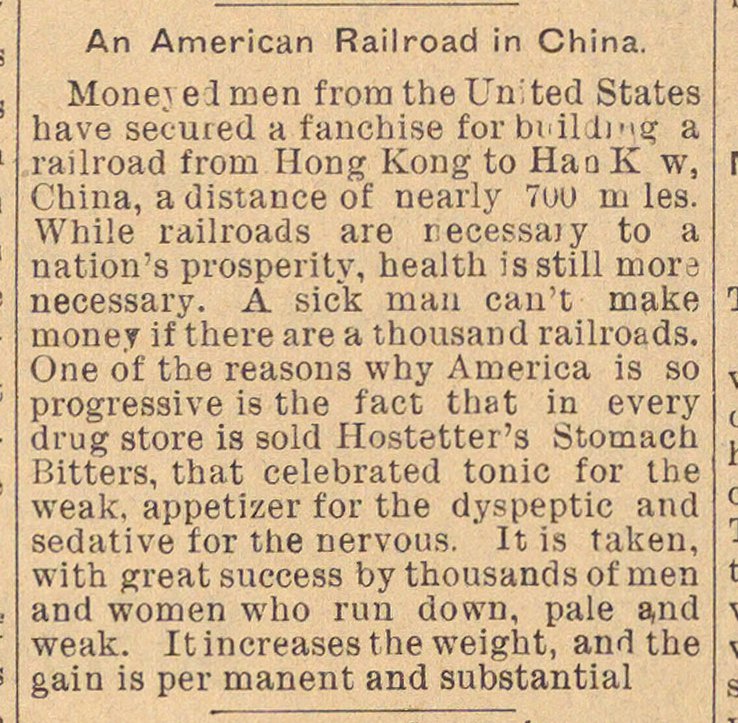 An American Railroad n China. Monej e J men from the United States have secured a fanchise for builii'ig a railroad from Hong Kong to HaaK w, Zahina, a distance of nearly Tuu m les. Whüe railroads are recessaiy to a nation's prosperity, health isstill more uecessary. A sick man can't make mone.y if there are a thousand railroads. One of the reason3 why America is so progressive is the f'act that in every drug store is sold Hostetter's Stomacü Bitters, that celebrated tonic for the weak, appetizer for the dyspeptic and sedative for the nervous. It is taken, with great success by thousandsof men and women who run down, pale a,nd weak. Itincreasesthe weight, and the gain is per manent and substantial