The U. S. Supreme Court 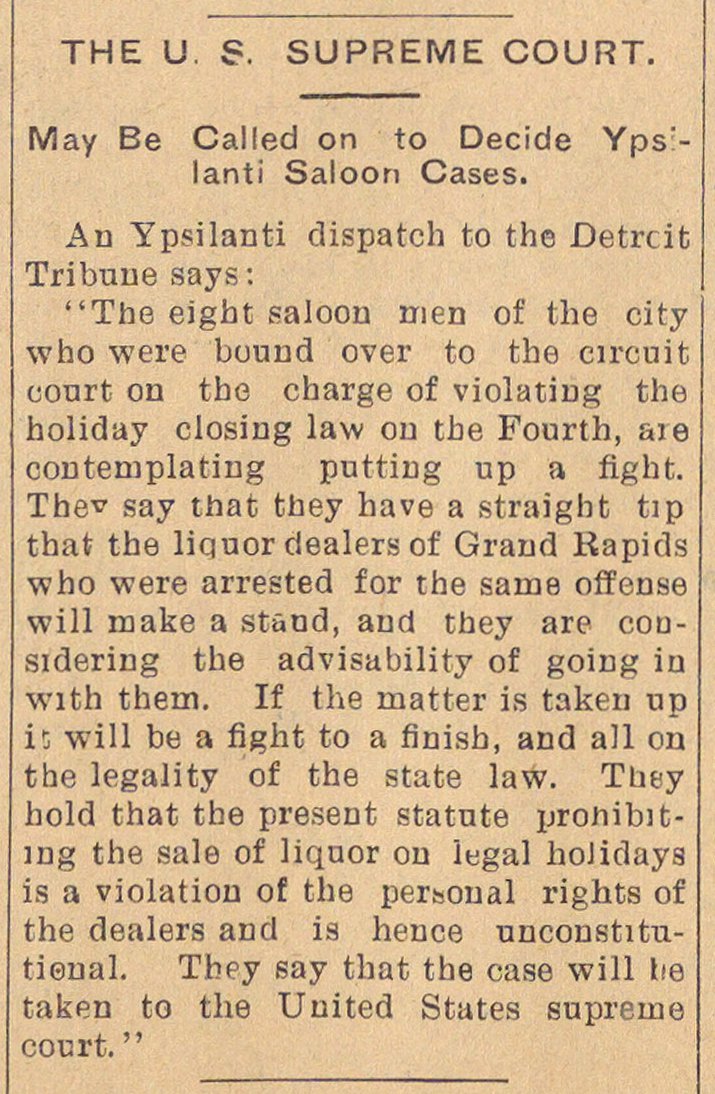 Ad Ypsilanti dispatch to the Detrcit Tribune says: "The eight saloon men of the city who were bound over to the circuit court on the charge of violatiug the holiday closing law on the Fourth, are contemplating putting up a fight. Thev say that they have a straight tip that the liquor dealers of Grand Rapids who were arrested for the sarne offense will roake a stand, and they are coosidering the advisability of going iu with them. If the matter is taken up is will be a fight to a finish, and all on the legality of the state law. TLity hold that the present statute pronibiting the sale of liqnor on gal holidays is a violation of the personal rights of the dealers and is henee unconstitutieual. Tbey say that the case will lie taken to the United States suprerae conrt."