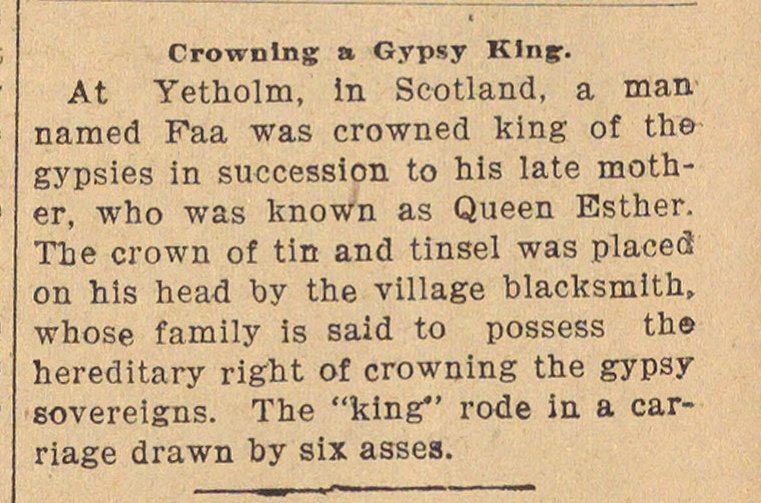 At Yetholm, In Scotland, a man named Paa was crowned king of the gypsies in succession to his late mother, who was known as Queen Esther. The crown of tin and tinsel was placed on hls head by the village blacksmith, whose family is said to possess th hereditary right of crowning the gypsy sovereigns. The "king" rode ia a carriage drawn by six assea.