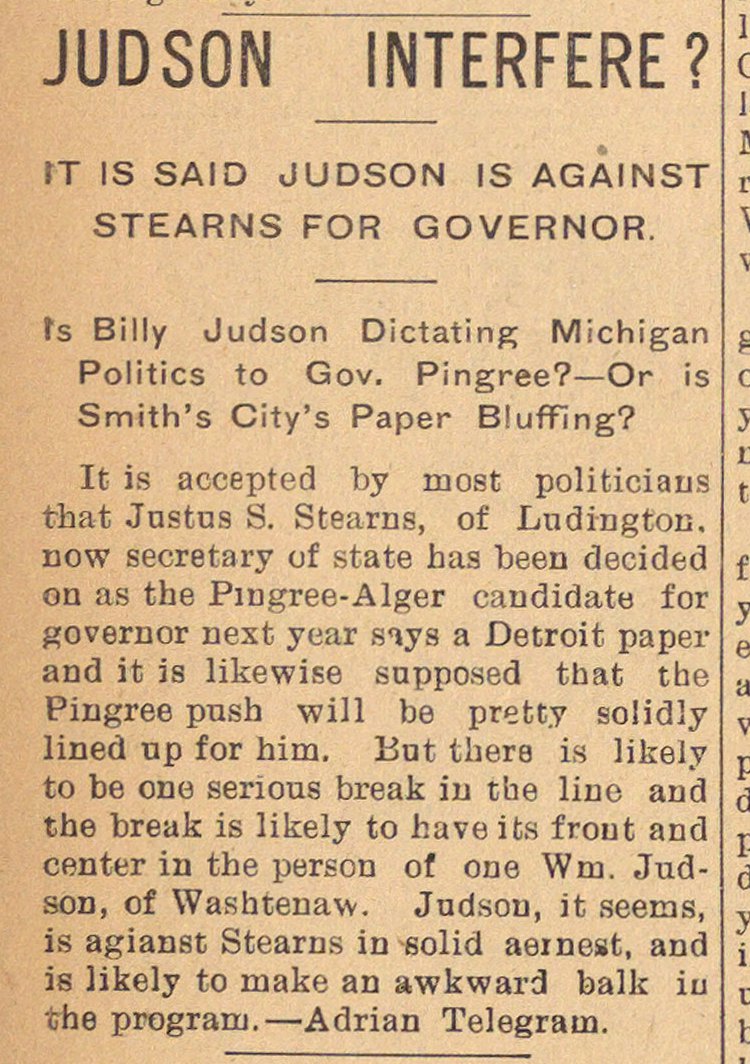 it is accepted by most politiciaus that Jnstns S. Stearns, of Lndingtoc. now secretary of state has been decided on as the Pingree-Alger candidato for governor next year sys a Detroit paper and it is likewise supposed that the Pingree push will be pretty solidly lined up for him. Bnt there is likeJy to be ona serious break in the lino and the break is likely to have its frout and center in the person of one Wm. Judson, of Washtenavv. Jndsou, it seetas, is agianst Stearns in solid aeinest, and is likely to make an awkward balk in the program.