Struck By The Cars 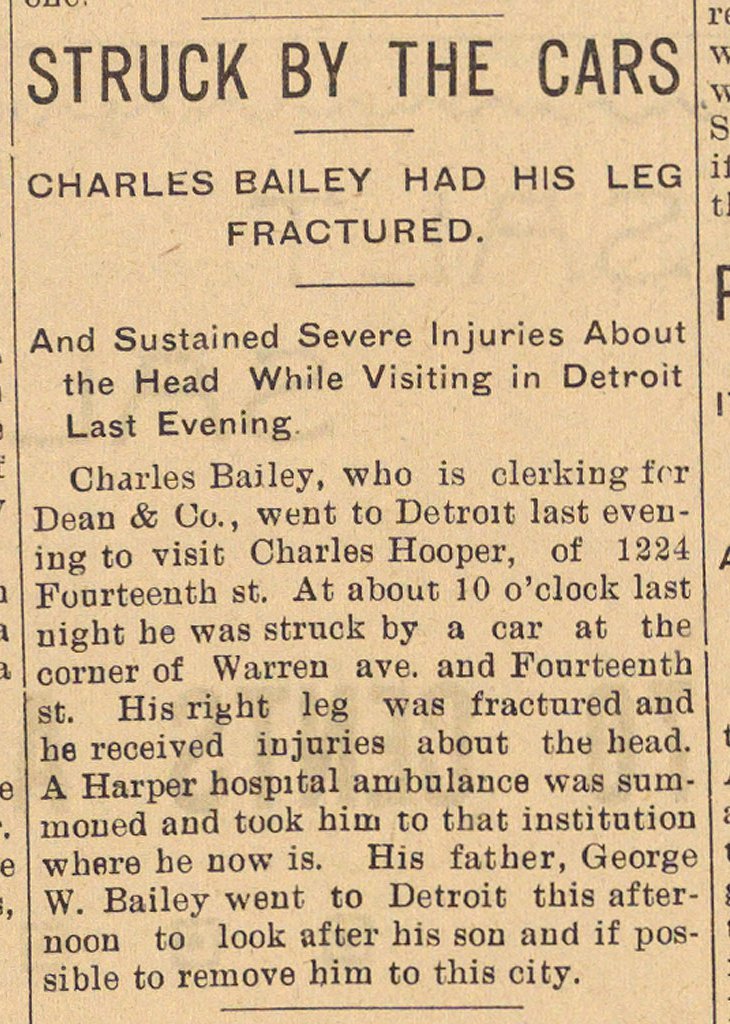 Charles Bailey, who is clerking for Dean & Co. , went to Detroit last eveniug to visit Charles Hooper, of 1224 Funrteenth st. At about 10 o'clock last uight he was struck by a car at the córner of Warren ave. and Fonrteenth st. His rigbt leg was fractured and ie received injuries about the head. A Harper hospital ambulance was summoned and took him to that institution where he now is. His father, George W. Bailey went to Detroit this afternoon to look after his soü and if possible to remove him to this city.