Died From Effects Of Accident 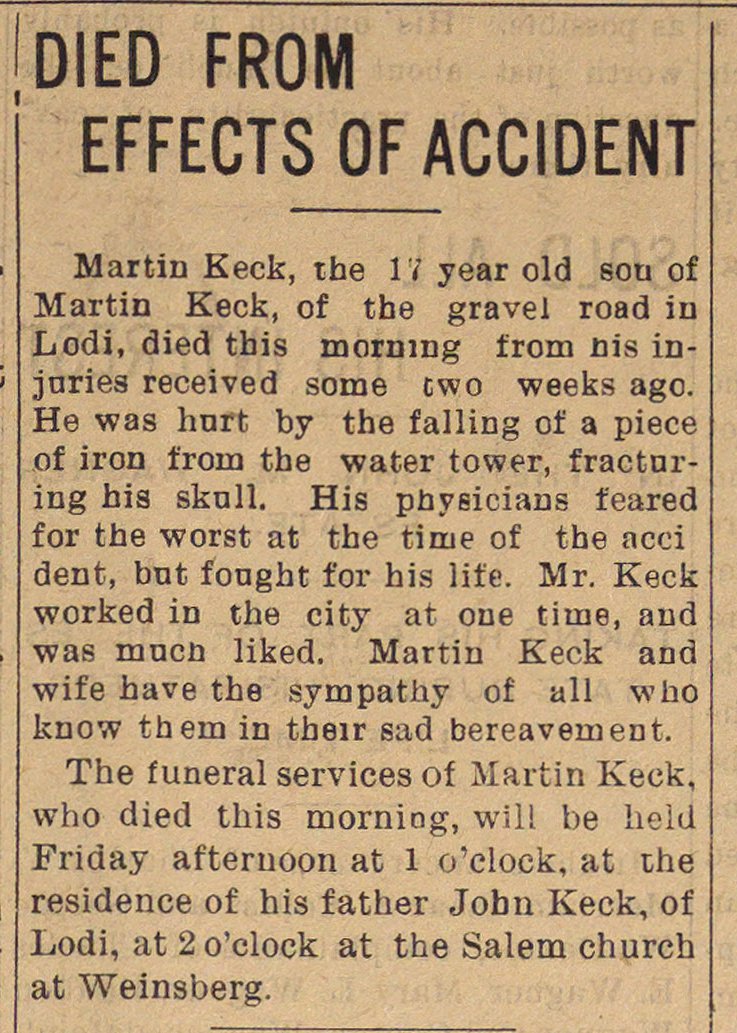 Martin Keek, the 17 year old sou of Martin Keek, of the gravel road in Lodi, died this morning trom nis injuries received some two weeks ago. He was hnrt by the falling of a piece of iron frorn the water tower, fractnring his sknll. His püysiciaas feared for the worst at the time of the acci dent, out fought for his life. Mr. Keek worked in the city at one time, and was mncn liked. Martin Keek and wife have the sympathy of all who know them in tbeir sad bereavement. The funeral services of Martin Keek, who died this morning, wil! be heid Friday afteruoon at 1 o'eloek, at the residence of his father John Keek, of Lodi, at 2 o'eloek at the Salem church at Weinsberg.