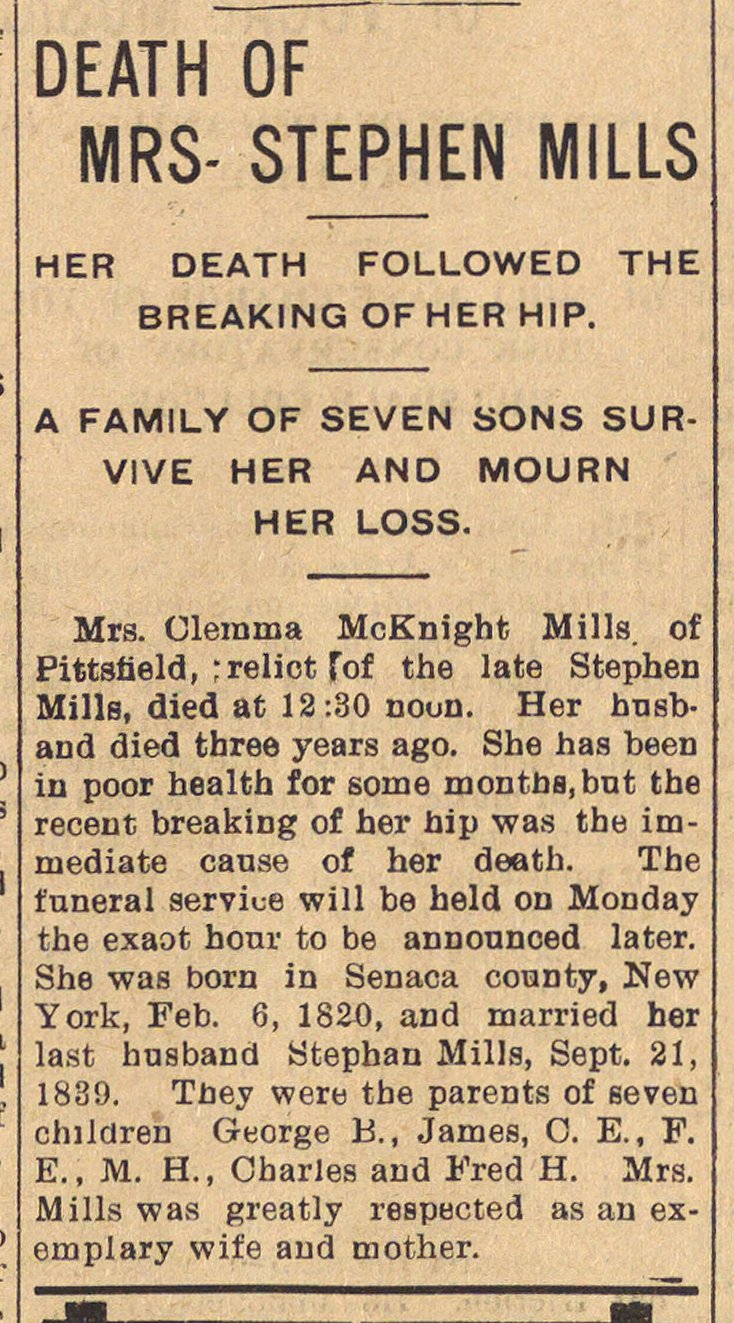 HER DEATH FOLLOWED THE BREAKING OF HER HIP.

A FAMILY OF SEVEN SONS SURVIVE HER AND MOURN HER LOSS.

Mrs. Clemma McKnight Mills of Pittsfield, relict of the late Stephen Mills, died at 12:30 noon. Her husband died three years ago. She has been in poor health for some months, but the recent breaking of her hip was the immediate cause of her death. The funeral service will be held on Monday the exact hour to be announced later. She was born in Senaca county, New York, Feb. 6, 1820, and married her last husband Stephan Mills, Sep. 21, 1839. They were the parents of seven children George B., James, C. E., F. E., M. H., Charles and Fred H. Mrs. Mills was greatly respected as an exemplary wife and mother.