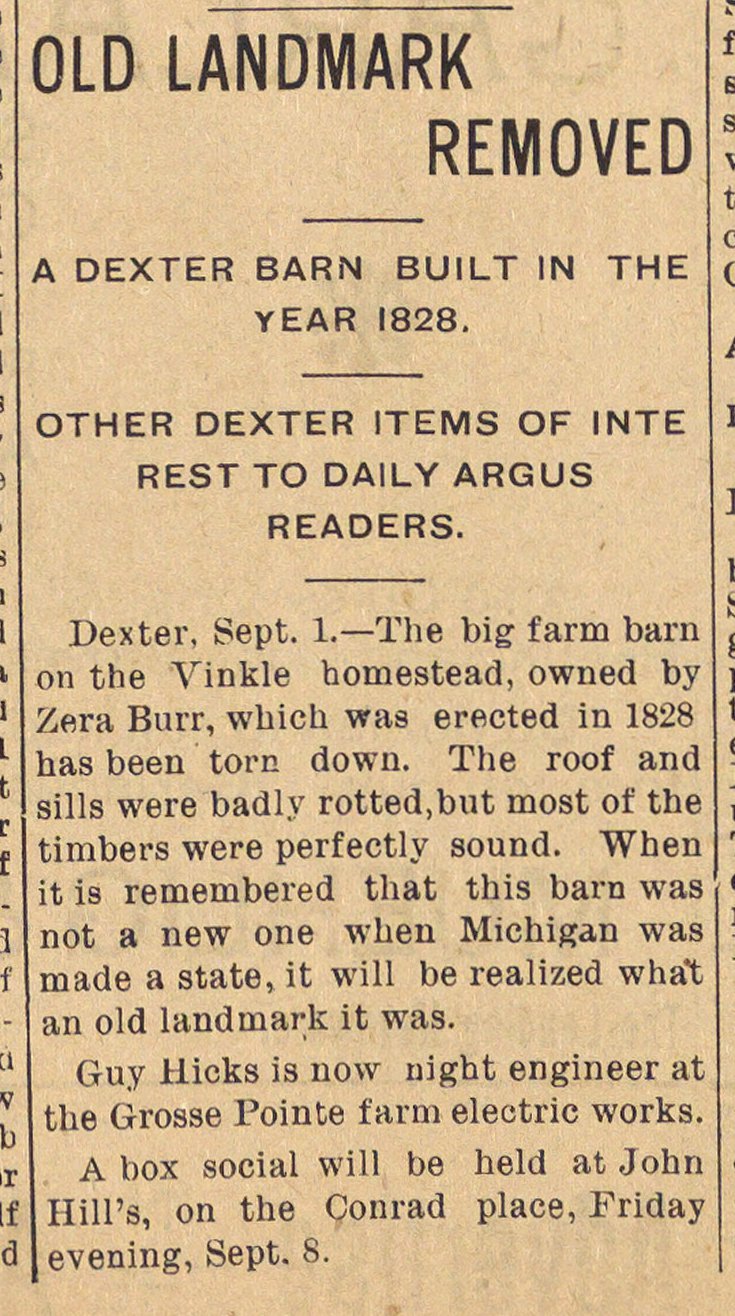 Dexter, Sept. 1. - ïhe big farm barn on the Vinkle homestead, owned by Zera Buit, which was erected in 1828 has been torn down. The roof an sills were badly rotted.but most of th timbers were perfectly sound. Whe it is remembered that this barn wa not a new one when Michigan was made a state, it will be realized what an old landmark it was. Guy liicks is now night engineer at the Grosse Pointe farm eleotric works. A box social will be held at John Hill's, on the Conrad place, Friday evening, Sept. 8.