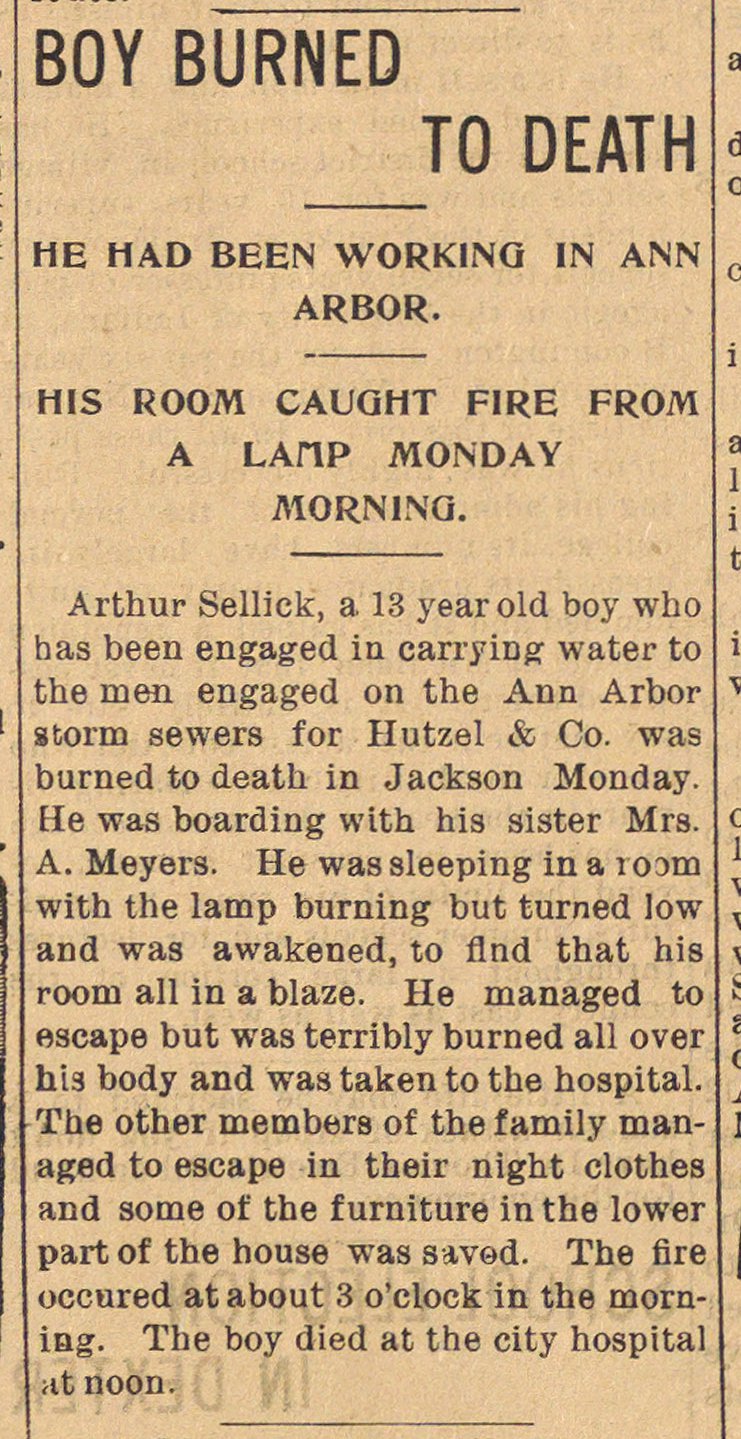 Arthur Sellick, a 13 yearold boy who has been engaged in carrying water to the men engaged on the Ann Arbor storm sewers for Hutzel & Co. was burned to death in Jackson Monday. Ele was boarding with his sister Mrs. A. Meyers. He was sleeping in a iodcq with the lamp burning but turned low and was awakened, to flnd that his room all in a blaze. He managed to escape but was terribly burned all over h3 body and was taken to the hospital. The other members of thefamily managed to escape in their night clothes and some of the f urniture in the lower part of the house was saved. The flre occured atabout 3 o'clock in the morniag. The boy died at the city hospital ;tt noon.