Another Head Chopped Off 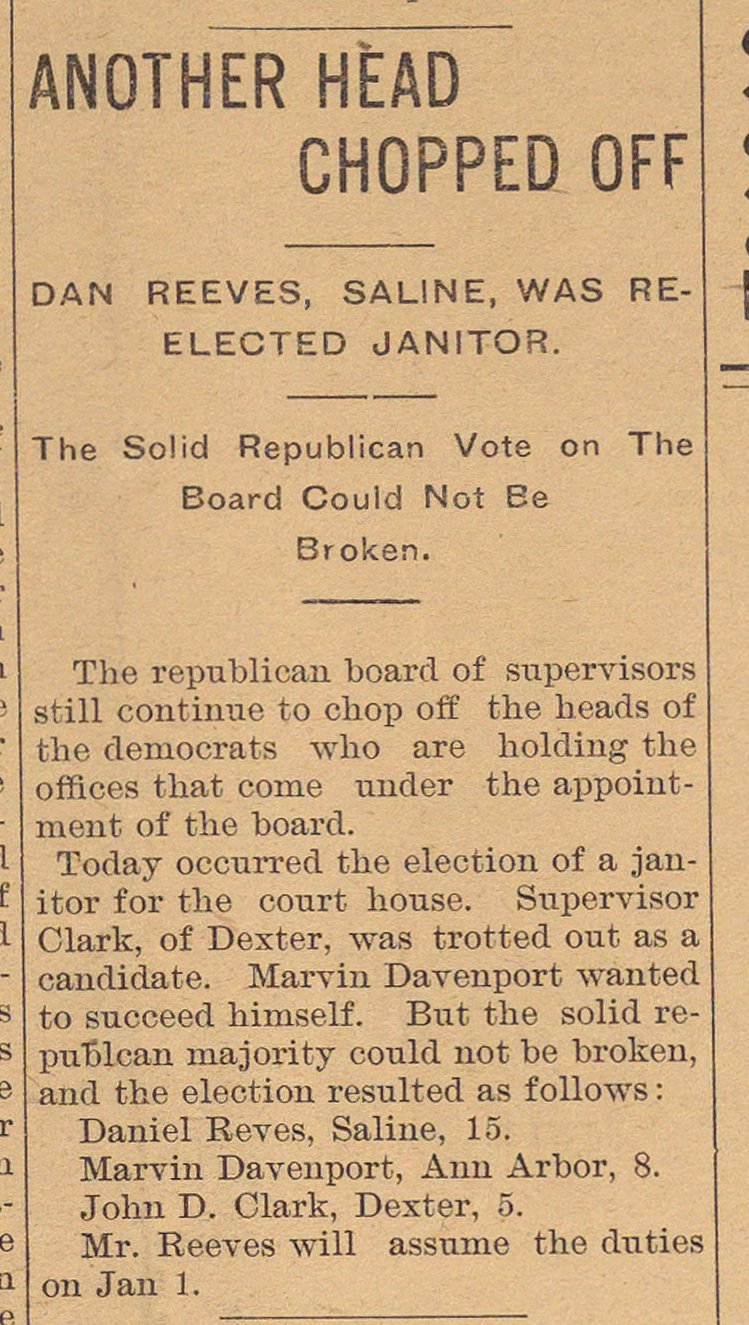 The republican board of supervisors still continue to chop off the heads of the demócrata vho are holding the offices that come under the appoiutment of the board. Today occurred the election of a janitor for the court house. Supervisor Clark, of Dexter, was trotted out as a candidate. Marvin Davenport wanted to succeed himself. But the solid repufilcan majority could not be broken, and the election resulted as follows : Daniel Revés, Saline, 15. Marvin Davenport, Ann Arbor, 8. John D. Clark, Dexter, 5. Mr. Reeves will assume the diities on Jan 1.