Dexter Has A Building Boom 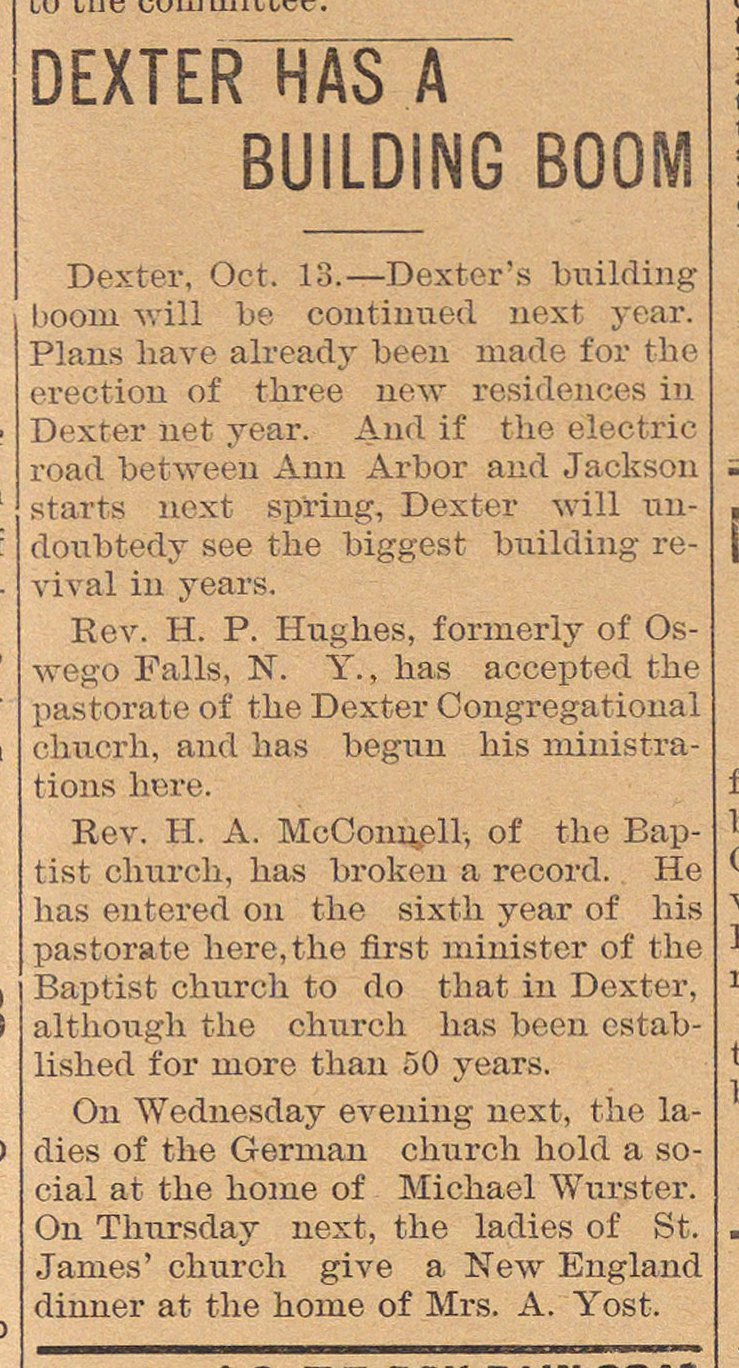 Dexter, Oct. 13. - Dexter's building boom will be continued next year. Plans have already been marte for the erection of three new residences in Dexter net year. And if tho electric road between Aun Arbor and Jackson starts next spring, Dexter will nnrtoubtedy see the biggest building revival in years. Eev. H. P. Hughes, formerly of Oswego Falls, N. Y., has accepted the pastorate of the Dexter Congregational chucrh, and has begun his ministrations here. Rev. H. A. McOonuell-, of the Baptist clraroh, has broken a record. He has entered on the sixth year of his pastorate here, the first minister of the Baptist church to do that in Dexter, although the church has been established for inore than 50 years. On Wednesday evening next, the ladies of the Germán church hold a social at the home of Michael Wurster. On Thnrsday next, the ladies of St. James' church give a New England dinner at the home of Mrs. A. Yost.