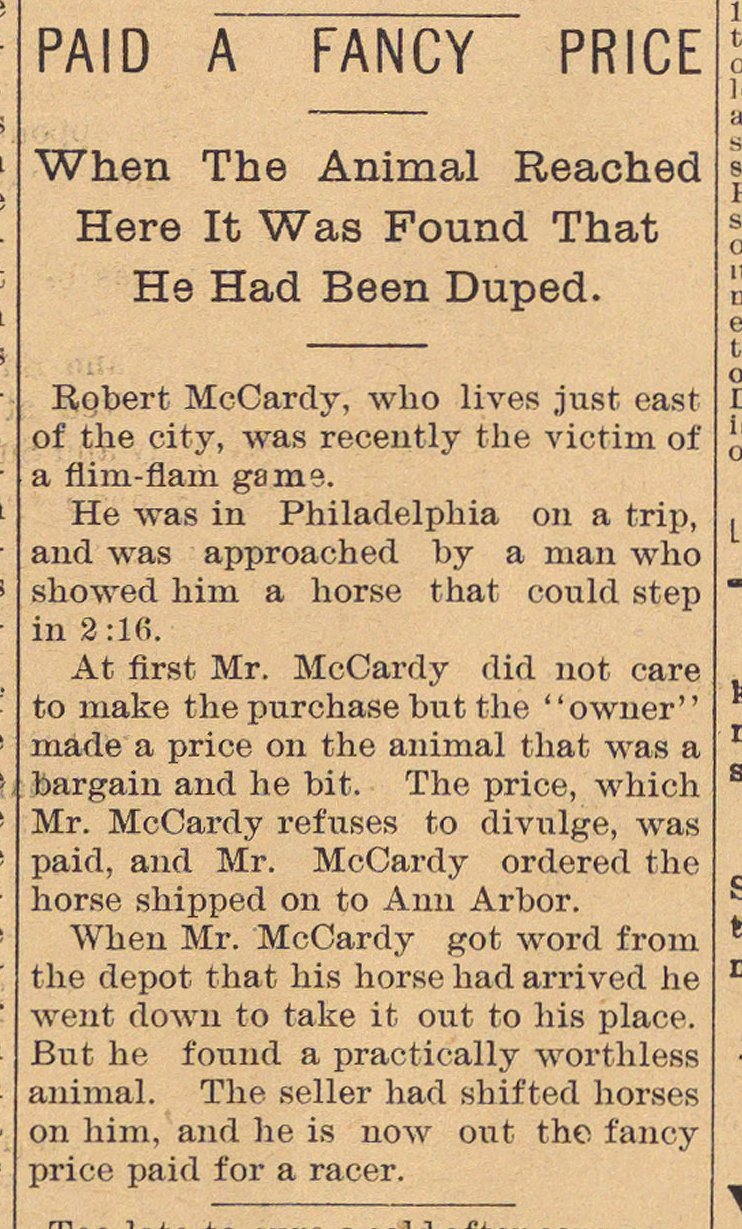 Robert McCardy, who lives just east of the city, was recently the victim of a flim-flam game. He was in Philadelphia on a trip, and was approached by a man who showed htm a horse that could step n 2:16. At first Mr. McCardy did not care ;o niake the purchase but the "owner" made a price on the animal that was a Jargain and he bit. The price, which VLr. McCai-dy refuses to divulge, was aid, and Mr. McCardy ordered the ïorse shipped on to Arm Arbor. Wkeii Mr. McCardy got word from he depot that his horse had arrived he went down to take it out to his place. But he fonnd a practically worthless animal. The seller had shifted horses on Mm, and he is now ont the fancy rice paid for a racer.