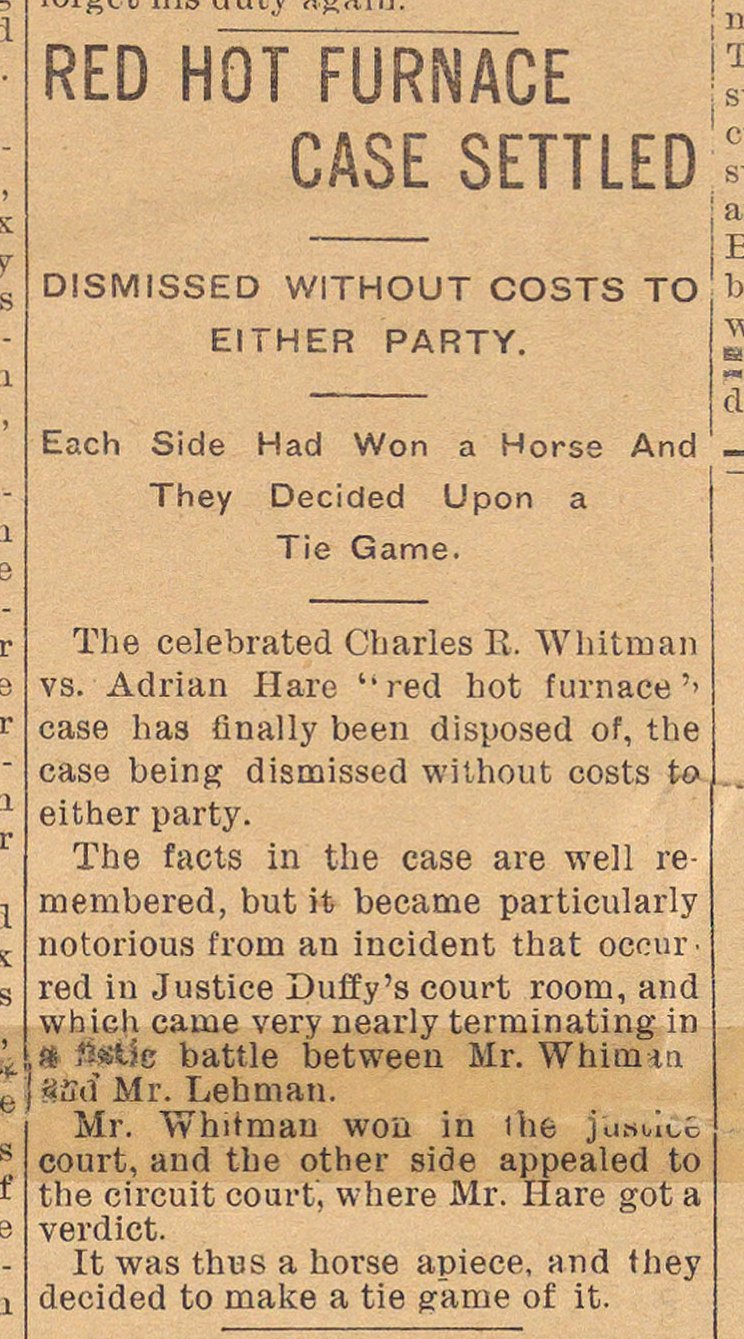 I The celebrated Charles E. Whitman vs. Adrián Hare ''red hot furnace ' case has finally been disposed of, the case being dismissed without costs to either party. The facts in the case are well remembered, but it became particularly notorious froin an incident that occui"' red in Justice Duffy's court room, and wfaieh carne very nearly terminating in ü fiatía battle between Mr. Whimin aso Mr. Lehman. Mr. Whitmau woü in ihe junwut court, and the other side appealed to ;he circuit court, where Mr. Hare got a verdict. It was thus a horse apiece, and they decided to make a tie game of it.