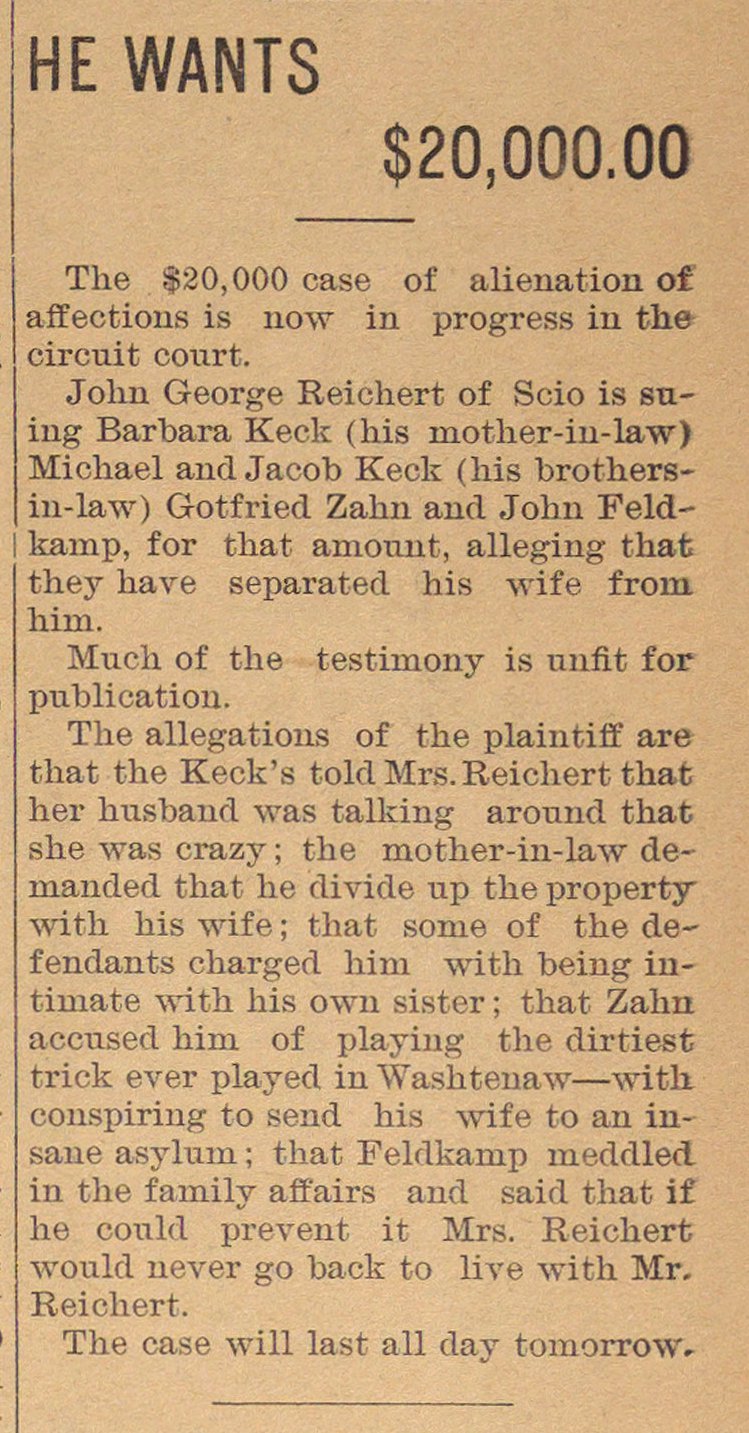 The $20,000 case of alienation of iffections is now in progress in the sircuit court. Jolm George Reichert of Scio is snLng Barbara Keek (his inother-in-law) Michael and Jacob Keek (his brothersin-law) Gotfried Zahn and John Feldkamp, for that amoimt, alleging that they have separated his -svife froni hiin. Much of the testiinony is nnfit for publication. The allegations of the plaintiff are that the Keck's told Mrs. Reichert that her husband was talking aronnd that she was crazy ; the mother-in-law demanded that he divide up the property with his wife ; that sonie of the defendants charged hini with being intimate with his own sister ; that Zalm accused hini of playing the dirtiest trick ever played in Washtenaw - with conspiring to send his wife to an insane asylum ; that Feldkamp meddled in the fainily affairs and said that if he covild prevent it Mrs. Reichert would never go back to live with Mr. Reichert. The case will last all day tomorrow.