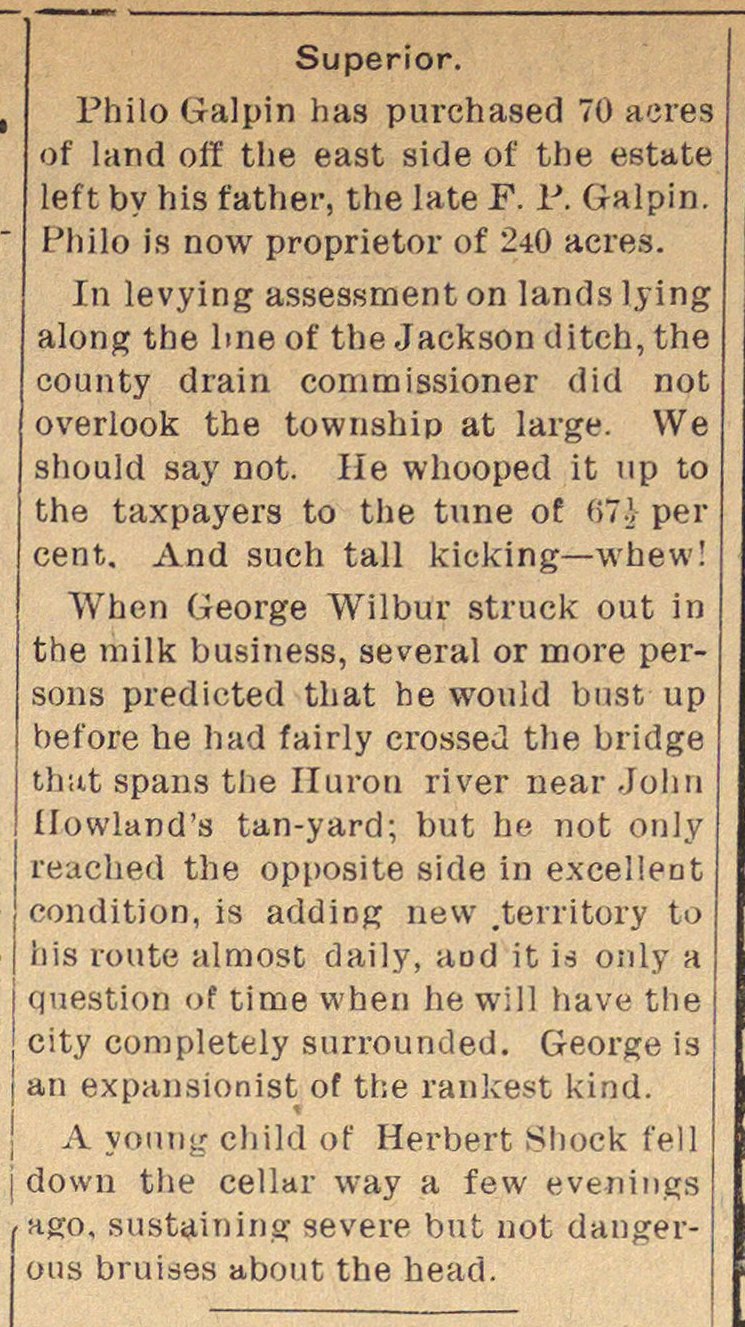 Pililo Galpin has purchased 70 acres of land off the east side of the estáte left by his father, the late F. F. Galpin. Philo is now proprietor of 240 acres. In levying assessmenton landsljing along the line of the Jackson cl itch, the oounty drairi commissioner did not overlook the township at large. We should say not. He whooped it up to the taxpayers to the tune of (71 per cent. And such tall kicking- wnew! When George Wilbur struck out in the milk business, several or more persons predicted that he would bnst up before he had fairly crossed the bridge thut spans the Huroti river near John ilowland's tan-yard; but he not only reached the opposite side in excelleot condition, is addiog new .territory to his route almost daily, aod it is only a question of time when he will have the city conjpletely surrounded. George is an expansionist of the rankest kind. A yoirag child of Herbert Shock fel] down the cellar way a few evenings ago, sustaining severe but not dangerous bruises about the head.