Fell Through Cars But Broke No Bones 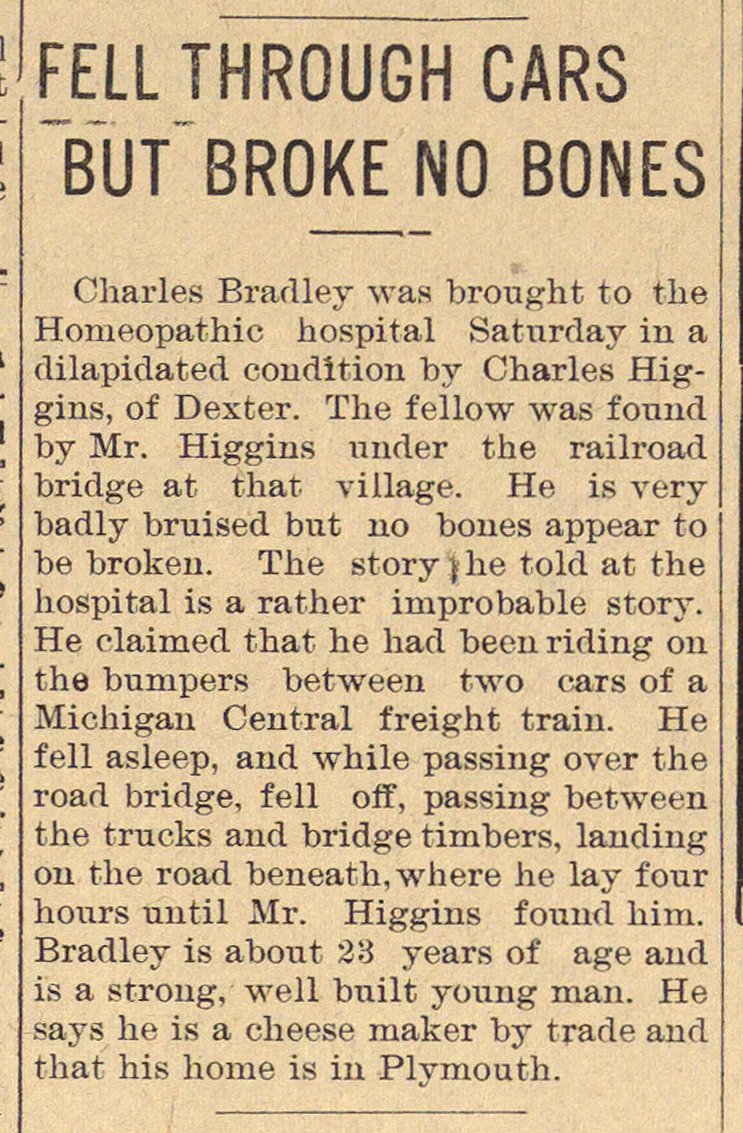 Charles Bradley was brought to the Homeopathie hospital Saturday in a dilapidated condítion by Charles Higgins, of Dexter. ïhe fellow was fonnd by Mr. Higgins under the railroad bridge at that village. He is very badly bruised but no bones appear to be brokeu. The story ) he told at the hospital is a rather improbable story. He claimed that he had been riding 011 the bumpers between two cars of a Michigan Central freight train. He feil asleep, and while passing over the road bridge, feil off, passing between the trucks and bridge timbers, landing on the road beneath,where he lay four hours until Mr. Higgins found him. Bradley is about 28 years of age and is a strong, well built young man. He says he is a cheese maker by trade and that his home is in Plymouth.