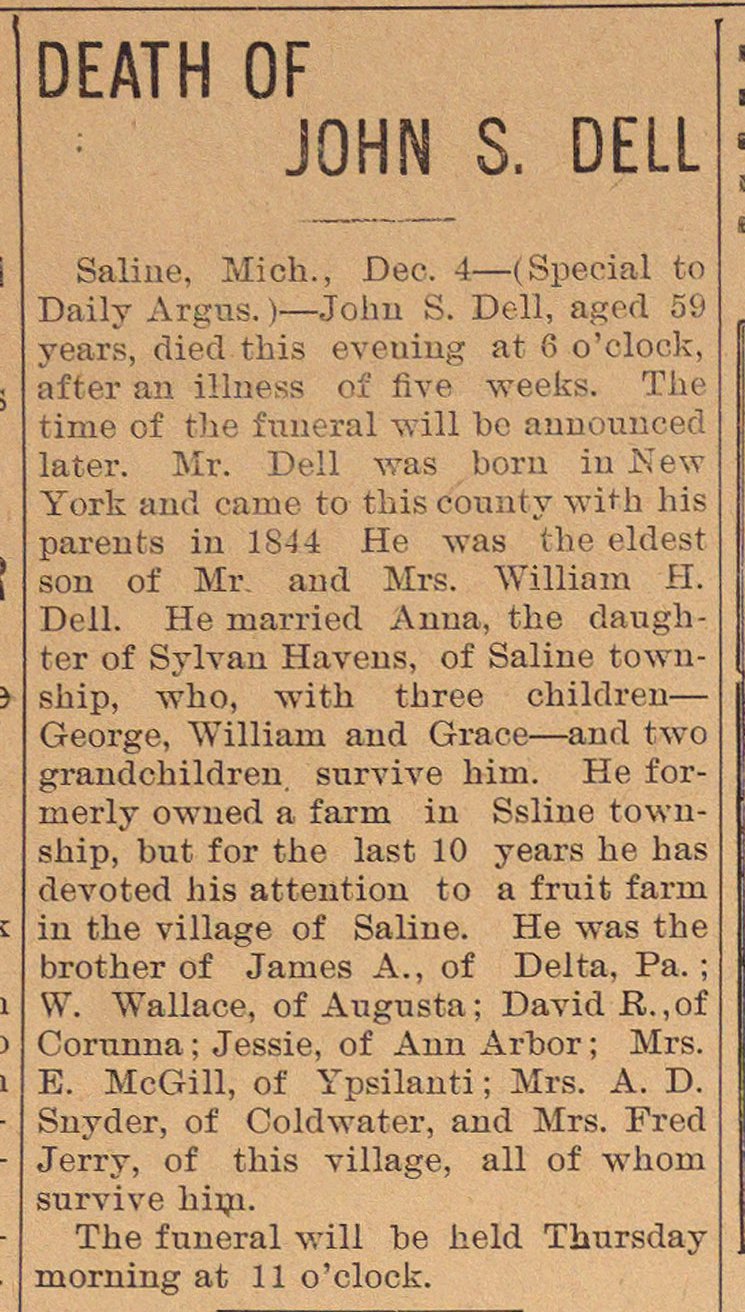 Saline, Mich., Dec. 4 - (Special to Daily Argus. ) - John S. Dell, agort 59 years, died this evening at 6 o'clock, after an illness of five weeks. The time of the funeral will bc announced latei'. Mr. Dell was born in .New York and carne to this connty with his parents in 18-14 He was the eldest sou of Mr. and Mrs. William H. Dell. He married Anua, the daughter of Sylvan Havens, of Saline township, who, with three children - George, William and Grace - and two grandchildren suryive Mm. He formerly owned a farm in Ssline township, but for the last 10 years lie has devoted his attention to a fruit farm in the village of Saline. He was the brother of James A., of Delta, Pa. ; W. Wallace, of Augusta; DayidR.,of Cornnna ; Jessie, of Ann Arbor ; Mrs. E. McGill, of Ypsilanti; Mrs. A. D. Snyder, of Coldwater, and Mrs. Fred Jerry, of this village, all of whom survive him. The funeral will be held Thursday morninc at 11 o'clock.