Is The Ann Arbor In The Deal? 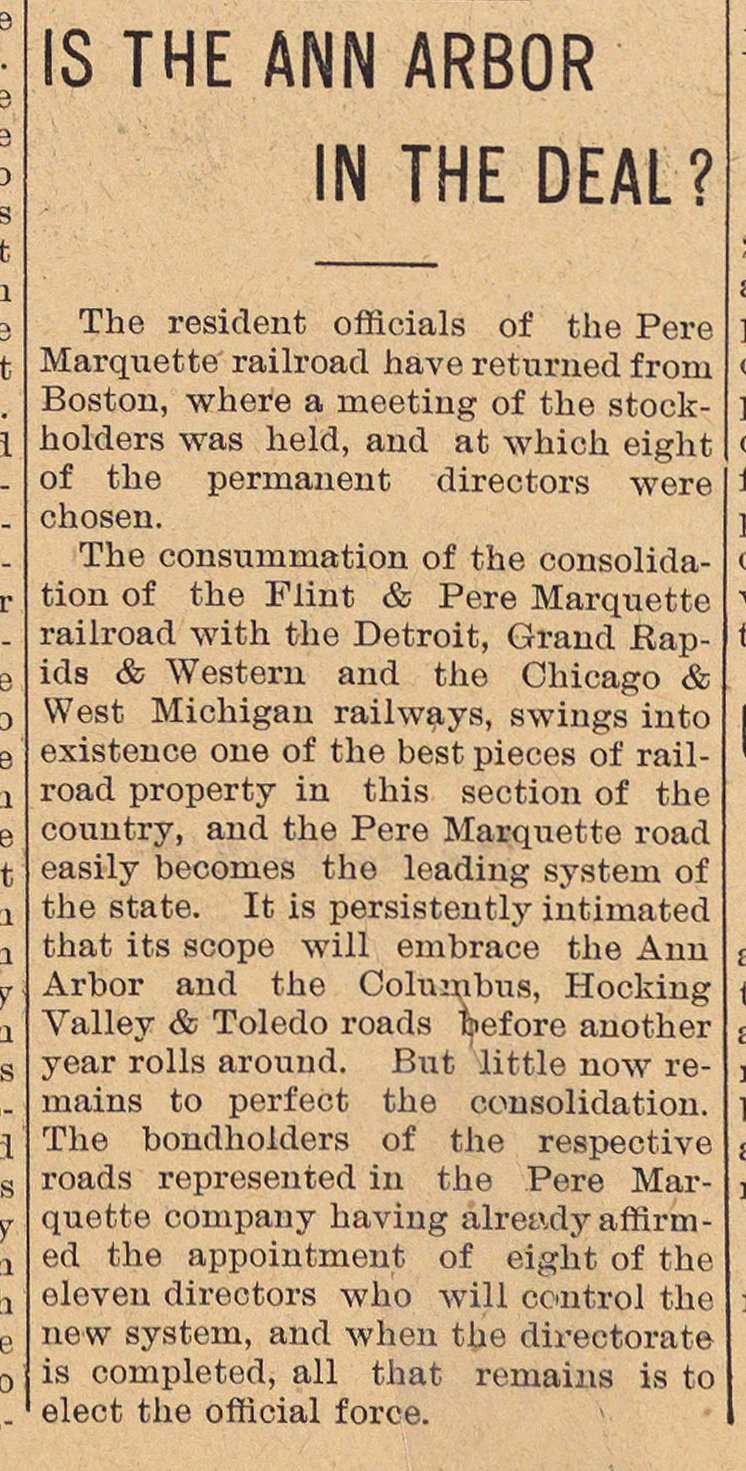 The resident officials of the Pere Marquette railroad have returned from Boston, where a meeting of the stockholders was held, and at which eight of the permanent directors were chosen. The consummation of the consolidation of the Flint & Pere Marquette railroad with the Detroit, Grand JEtapids & Western and the Chicago & West Michigan railways, swings into existence one of the best pieces of railroad property in this section of the country, and the Pere Marquette road easily becomes the leading system of the state. It is persistently intimated that its scope will embrace the Ann Arbor and the Columbus, Hocking Valley & Toledo roads feefore another year rolls arouud. But little now remains to perfect the cousolidation. The bondholders of the respective roads represented in the Pere Marquette company having alreadyaffirmed the appointment of eight of the eleven directors who will control the new system, and when the directorate is completed, all that remains is to elect the official force.