Stopped The Horse By Telephone 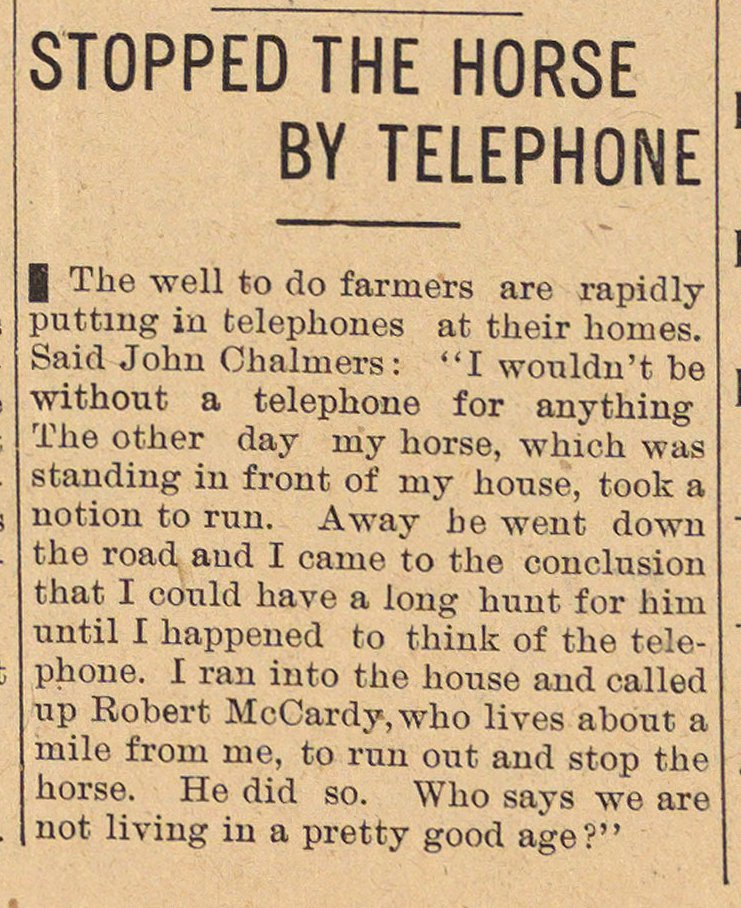 I The well to do farmers are rapidly putting iu telephones at their homes. Saicl John Chalmers: "I wouldn't be without a telephone for anything The other day iny horse, whieh was standing in front of my house, took a notion to run. Away he went down the road and I canie to the conclusión that I conld have a long hunt for him until I happened to think of the telephone. I ran into the house and called up Robert McCardy.who Uves about a mile froru me, to run out and stop the horse. He did so. Who says we are not living in a pretty good age?"