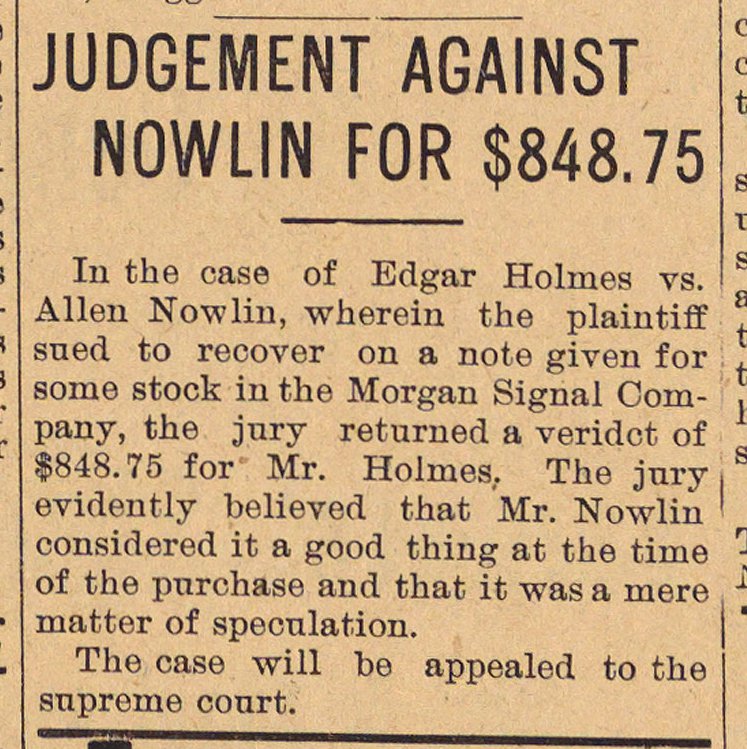 In the case of Edgar Holmes vs. Allen Nowlin, wherein the plaintiff sued to recover on a note given for some stock in the Morgan Signal Company, the jury returned a veridct of $848.75 for Mr. Holmes. The jury, evidently believed that Mr. Nowlin considered it a good thing at the time of the purchase and that it was a mere matter of spectilation. The case will be appealed to the snprome court.