Don't Always Have A Cinch 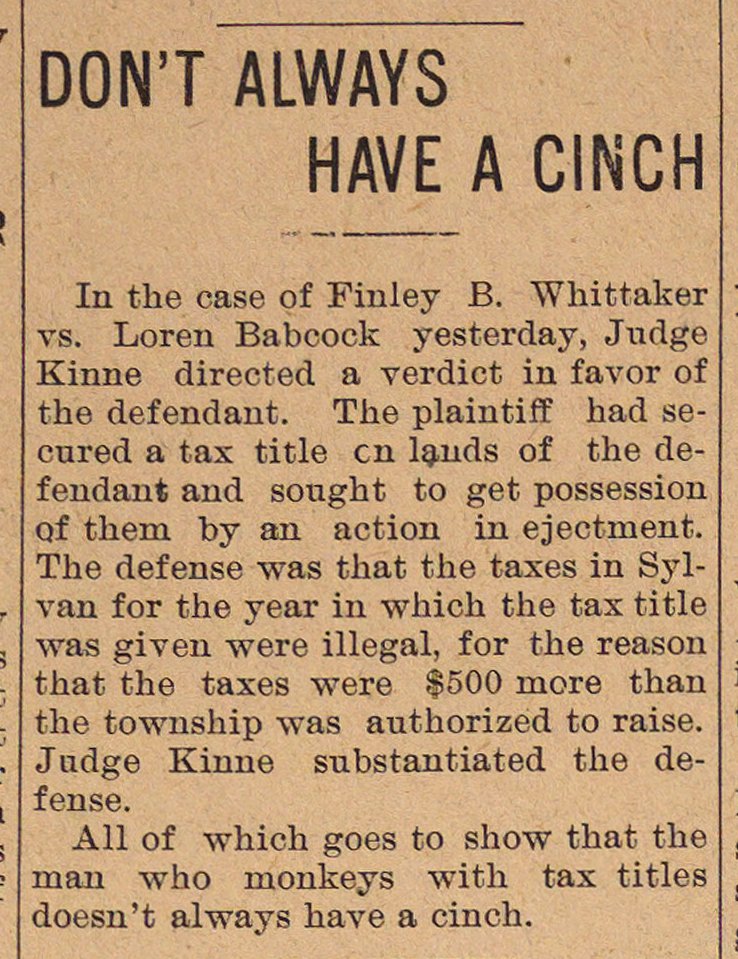 In the case of Finley B. Whittaker vs. Loren Babcock yesterday, Judge Kinne directed a verdict in favor of the defendant. The plaintiff had secured a tax title en lands of the defendant and songht to get possession o.f them by an action in ejectment. The defense was that the taxes in Sylvan for the year in which the tax title was given were illegal, for the reason that the taxes were $500 more than the township was authorized to raise. Judge Kinne substantiated the defense. All of which goes to show that the man who nionkeys with tax titles doesn't always have a cinch.