Will Be Seen Here Saturday 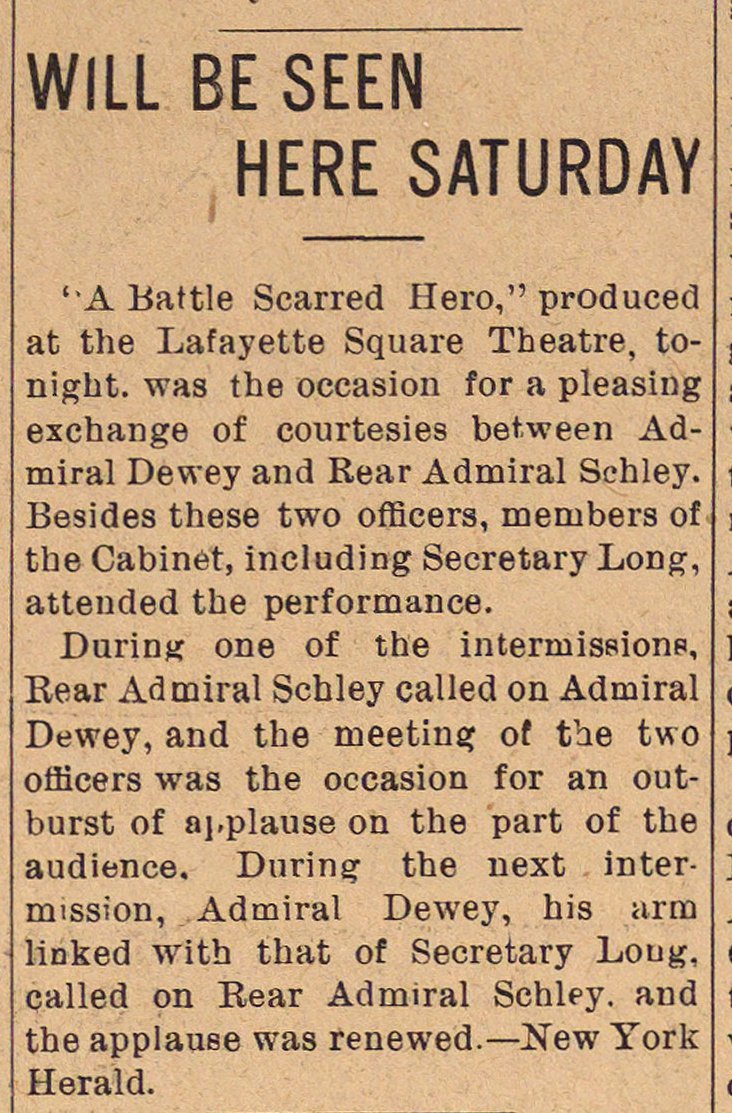 'A Battle Scarred Hero," produced at the Lafayette Square Theatre, tonight. was the occasion for a pleasing excbange of courtesies between Admiral Dewey and Rear Admiral Sehley. Besides these two officers, members of the Cabinét, including Secretary Long, attended the performance. Durint; one of the interrnissions, Eear Admiral Schley called on Admiral Dewey, and the meeting of the two officers was the occasion for an outburst of a].plause on the part of the audience. During the next intermission, Admiral Dewey, his arm linked with that of Secretary Loug, called on Rear Admiral Schley. and