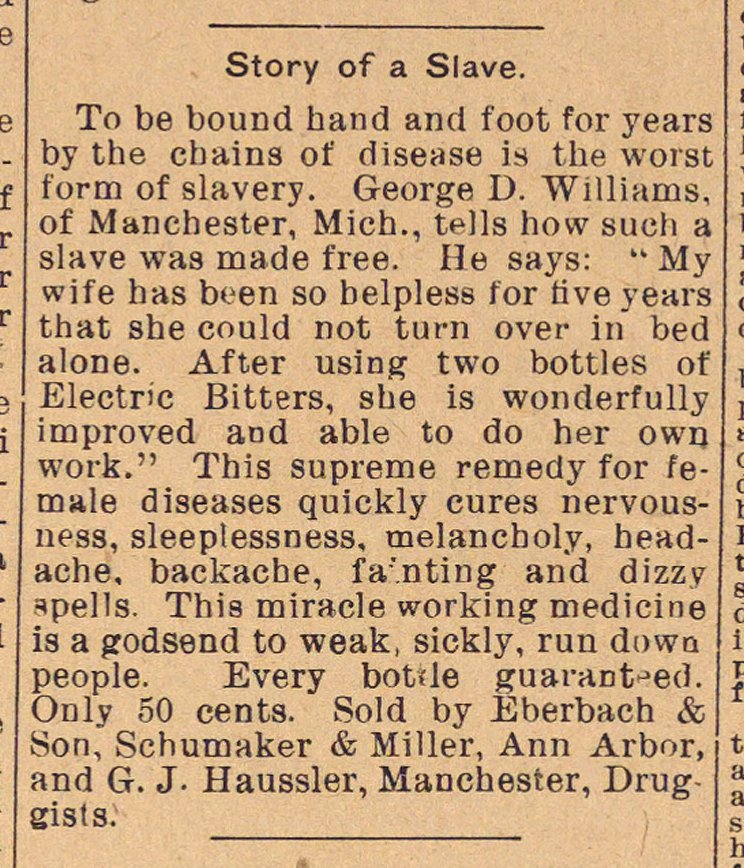 Story of a Slave. To be bound hand and foot for years by the ehains ot' disease is the worst form of slavery. George D. Williams, of Manchester, Mich., tells how such a slave was made free. He says: "My wife has boen so belpless for tíve years that she could not turn over in bed alone. After using two bottles of Electric Bitters, she is wonderfully improved aDd able to do her own work." This supreme remedy for female diseases quickly cures nervousness, sleeplessness, tnelaneholy, headache, backaehe, fa'.nting and dizzy spells. This miracle working medicine is a godsend to weak, sickly, run dowa people. Every botde guaranted. Only 50 cents. Sold by Eberbach & Son, Schumaker & Miller, Ann Arbor, and G. J. Haussler, Manchester, Druggists.