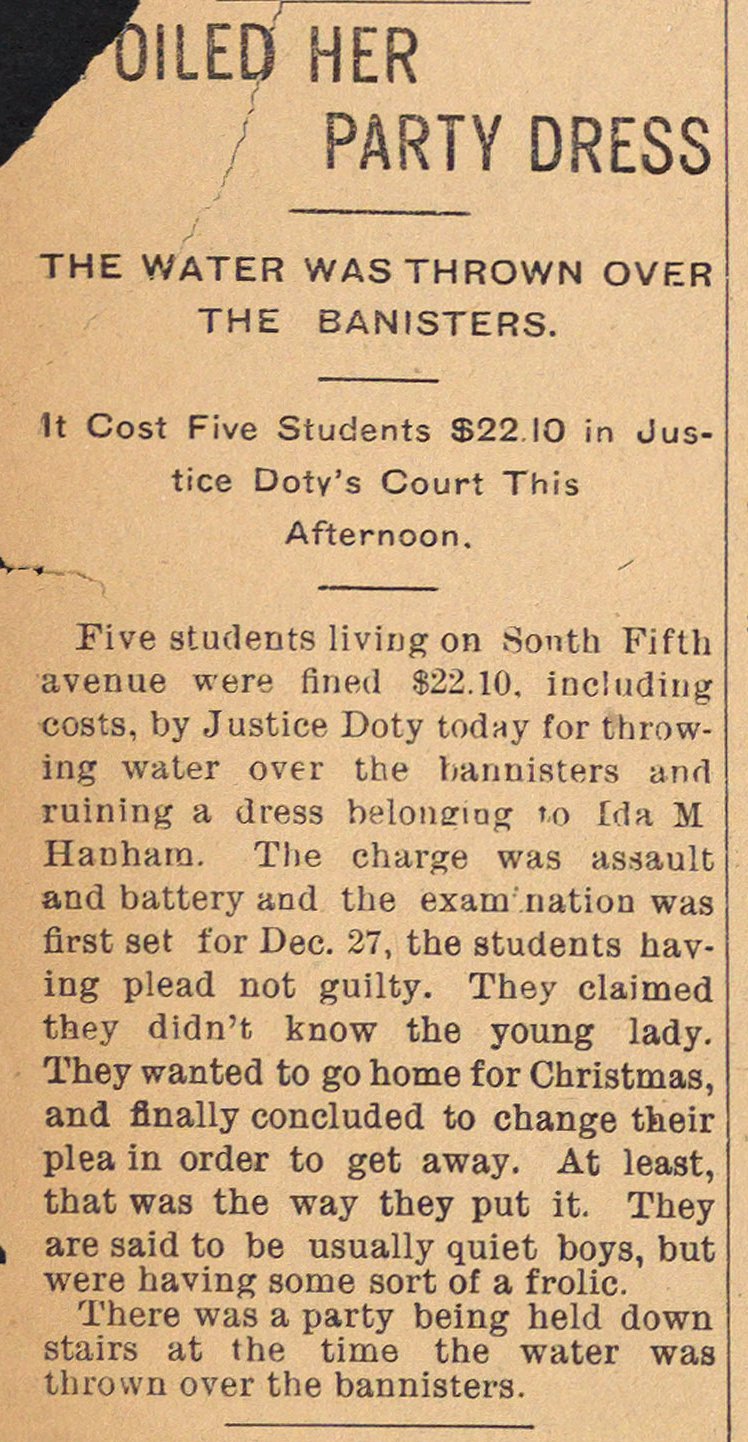 Five students living on Sontb Fifth avenue were flned $22.10. iocludiug costs, by Justice Doty today for throwjng water over the bannisters and ruining a dress beloneriacr to Ida M Hanham. The charge was assault and battery and the examnation was first set for Dec. 27, the students having plead not guilty. They claimed they didn't know the young lady. They wanted to go home for Christmas, and flnally concluded to change their plea in order to get away. At least, that was the way they put it. They are said to be usually quiet boys, but were having some sort of a frolic. There was a party being held down stairs at the time the water was thrown over the bannisters.