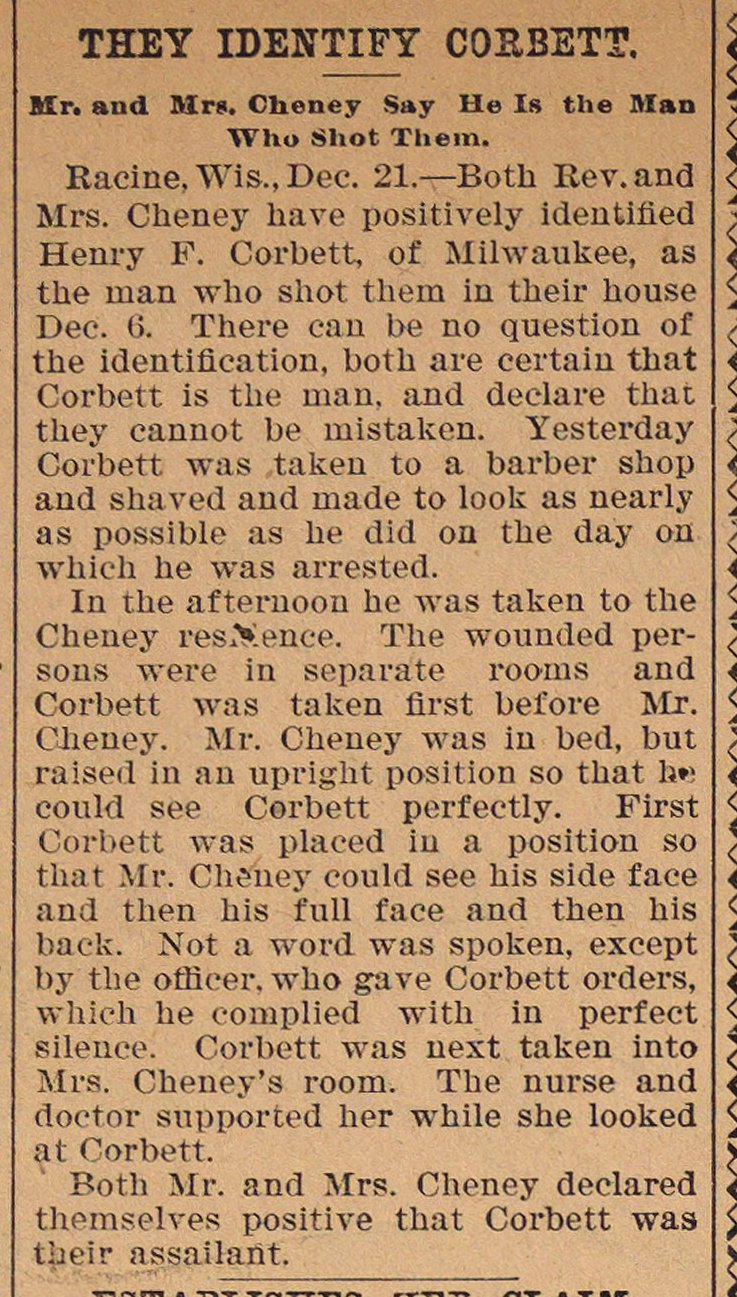 Racine, Wis., Dec. 21.- Both Rev.and Mrs. Cheney have positively ideutified Henry F. Corbett, of Milwaukee, as the man who shot them in their house Dee. (5. There eau be no question of the identification, both are certa in tliat Corbett is the man. and declare that they cannot be mistaken. Yesterday Corbett was taken to a barber shop and shaved and made to look as nearly as possible as he did on the day on which he was arrested. In the afternoou he was taken to the Cheney resnce. The woumled persons were in separate rooms and Corbett was taken first before Mr. CJieney. Mr. Cheney was in bed, but raised in an upright position so that he could see Corbett perfectly. First Corbett was placed in a position so that Mr. CluMiey could see his side face and then his full face and then his back. Not a word was spoken, except by the officer. who gave Corbett orders, which he complied with in perfect silence. Corbett was uext taken into Mrs. Cheney's room. The nurse and doctor supported her while she looked at Corbett. Both Mr. and Mrs. Cheney declared themselves positive that Corbett was their nssailarit.