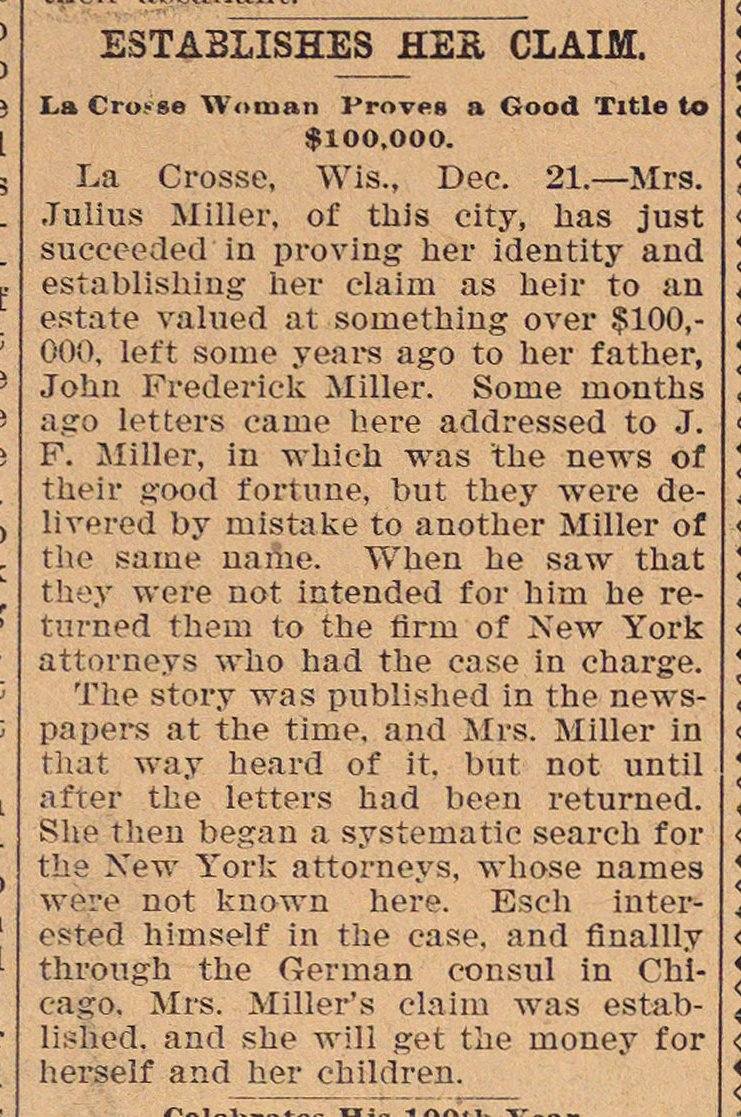 La Crosse, Wis., Dec. 21. - Mrs. .Tulius Miller, of this city, has just suceeeded in proving her identity aud establishing her claim as heir to aii estáte valued at soinething over $100,000. left some years ago to her father, John Frederick Miller. Sorue nionths ago letters carne here addressed to J. F. Miller, in whieh was the news of tlieir good fortune, but they were delivered by mistake to another Miller of the same name. When he saw that they were not intended for him he returned them to the flrm of New York attorneys who had the case in charge. The story was published in the newspapers at the time. and Mrs. Miller in that way heard of it. but. not until after the letters had been returned. Sin1 then began a systematic search for the Xew York attorneys, whose names woi-o not known here. Esch interested himself in the case. and finallly through the Germán consul in Chicago. Mrs. Miller's claim was establisaed, aad she will get the money for heraelf and her children.