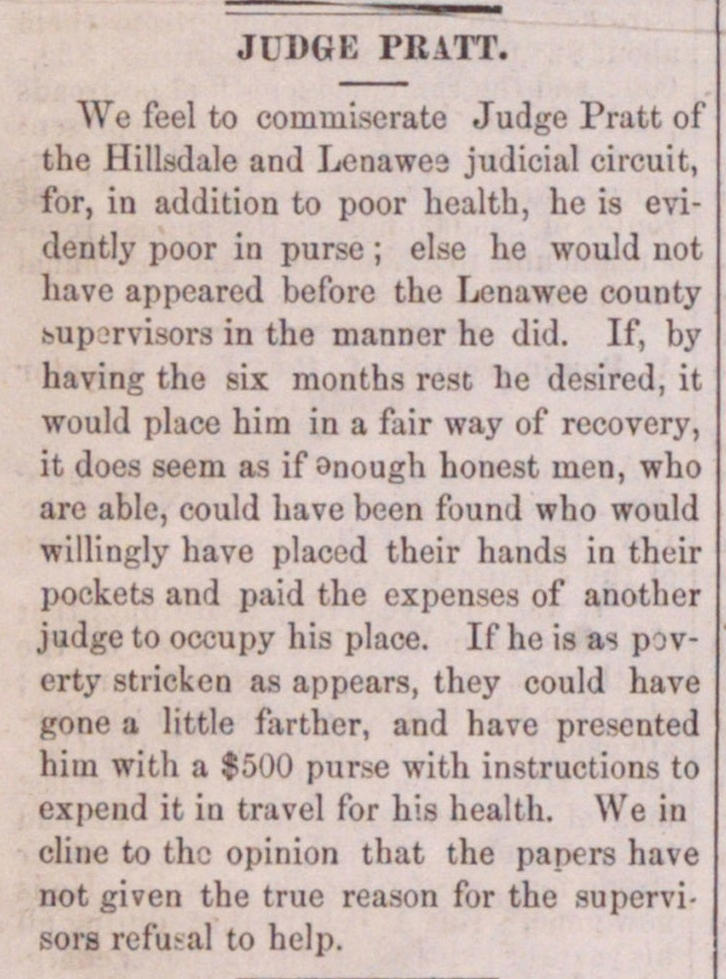 We feel to coinuiiserate Judgo Pratt ol the Hillsdale and Lenawes judicial circuit, for, in addition to poor hoalth, ho is evidently poor in purse ; else he would not havo appearcd beforc tho Lenawee county bnpsmsOTB in the mannor he did. If, by having the six months rest lie desired, it would place him in a fair way of recovery, it doe.s seem as if anough honest men, who are able, could have been found who would willingly have placed their hands in tluir pockets and paid the expenses of another judge to occupy his place. If he is a p vcrty stiickcn ;is appears, they could have gone a lit-tle farther, and have prescnted him with a $500 pnrse with instructions to expend it in travel for his health. We in cline to the opinión that the papers have not given the truc reason fur the supervisors refueal to help.