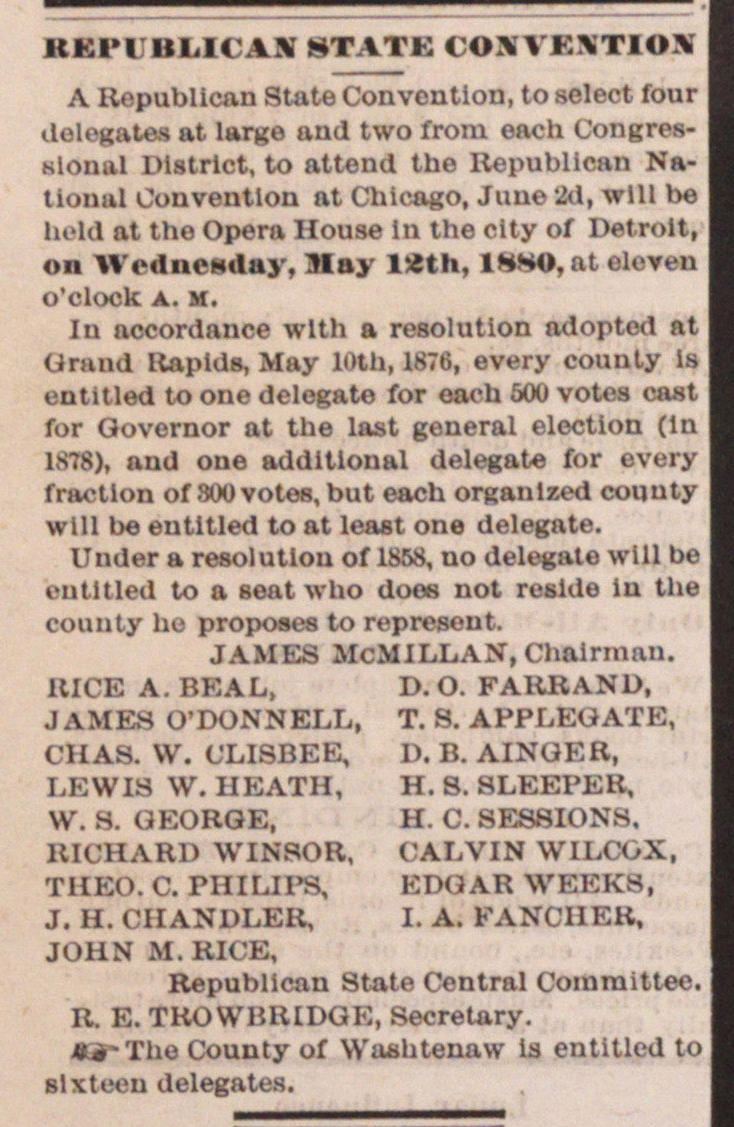 REPUBLICAN STATE CONVENTION
A Republican State Convention, to select four delegates at large and two from each Congressional District, to attend the Republican National Convention at Chicago, June 2d, will be held at the Opera House in the city of Detroit, on Wednesday, May 12th, 1880, at eleven o'clock A. M.
In accordance with a resolution adopted at Grand Rapids, May 10th, 1876, every county is entitled to one delegate for each 500 votes cast for Governor at the last general election (in 1878), and one additional delegate for every fraction of 300 votes, but each organized county will be entitled to at least one delegate.
Under a resolution of 1858, no delegate will be entitled to a seat who does not reside in the county he proposes to represent.
JAMES MCMILLAN, Chairman. RICE A. BEAL,
D.O. FARRAND, JAMES O'DONNELL, T. S. APPLEGATE, CHAS. W. CLISBEE D. B. AINGER, LEWIS W.HEATH, H. S. SLEEPER, W.S. GEORGE,
H. C. SESSIONS, RICHARD WINSOR, CALVIN WILCOX, THEO. C. PHILIPS, EDGAR WEEKS, J. H. CHANDLER, I. A. FANCHER, JOHN M. RICE,
Republican State Central Committee. R. E. TROWBRIDGE, Secretary. 43 The County of Washtenaw is entitled to sixteen delegates.