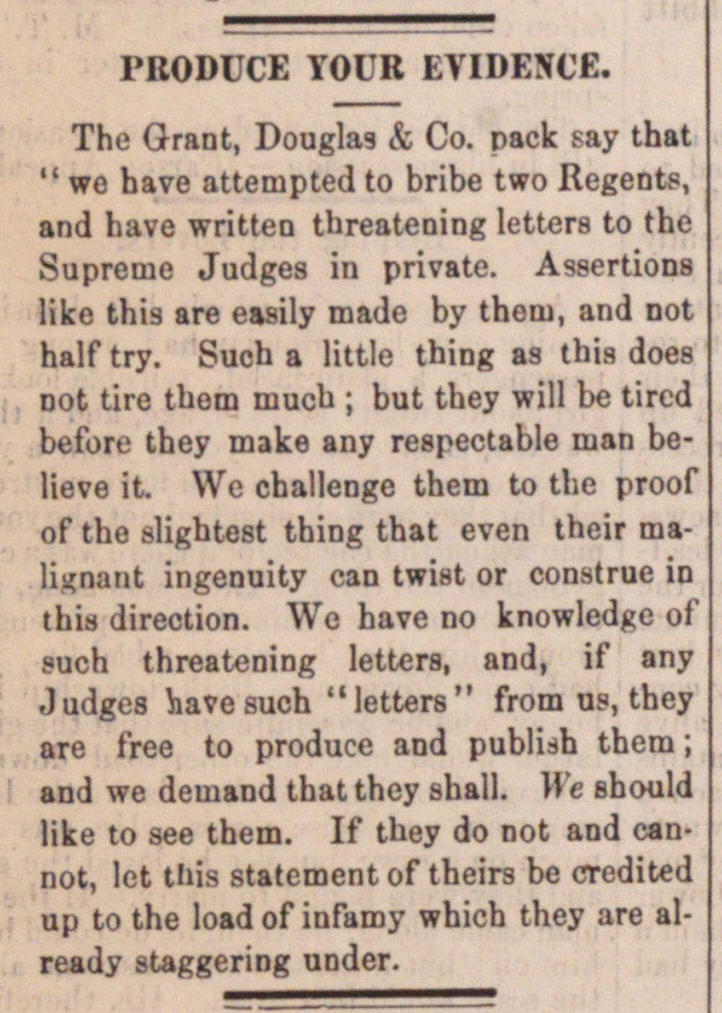 The Grant, Douglas & Co. pack say that " we have attempted to bribe two Regents, and have written threateoing letters to the Supremo Judges in private. Assertions like this are easily made by them, and not half try. Such a little thing as this does Dot tire thom much ; but they will be tired before they uiake any respectable man believe it. We challenge them to the proof of the slightest thing that even their malinnant ingenuity can twist or construe in this direction. Wc have no knowledge of such threatening letters, and, if any Judges have such "letters" from us, they are tree to produce and publish them ; and we demand that they shall. We should like to see them. If they do not and cannot, let tliis statement of theirs be credited up to the load of infamy which they are already staggering under.