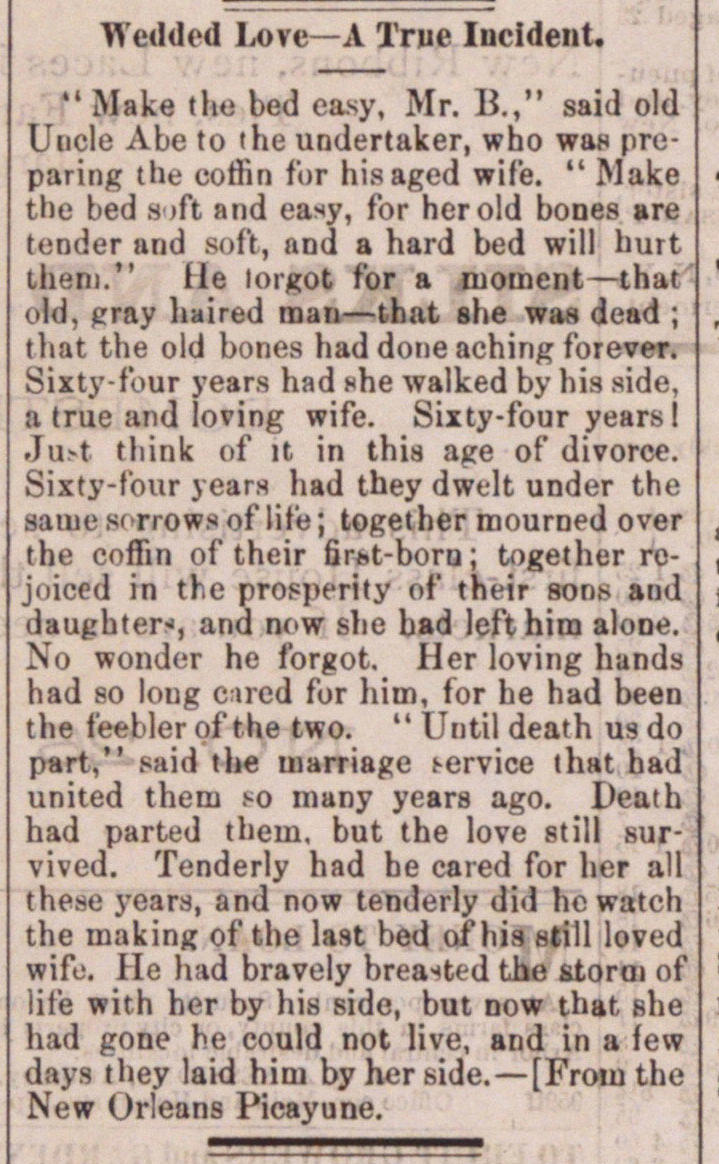 " Malee the bed easy. Mr. B.," said old Uucle Abe to the undertaker, who was preparing the coflin fbt hisaged wife. " Make the bed suft and easy, for her old bones re tender and soft, and a hard bed will hui t tliem." lle lorgot for a moment- that "ld. t-ray haired man - that she was dead ; tliat the old bones had done aching forever. Sixty-four years had nhe walked by bis side, a true and loving wife. Siity-four years! Jut think of it in this age of divorce. Sixty-four years had they dwelt under the saine si rrowsof lite; together mourned over the coflin of their first-boro; together rejoiced in the propperity of' their son and daughter", and now slie bad left him alone. No wonder he forgot. Her loving hands had 80 loug cired fur him, for he had been the feel'ler of the two. " Until death us do part," said the uiarriage f-ervice that had united them so many years ago. Death had parted them. but the love still survived. Tenderly had be cared for lier all these years, and now tenderly did ho watch the making of the last bed uihis still loved wife. He liad bravely breated the storm of lile with her by his side, but now that Bhe had gone he could not live, and in a lew