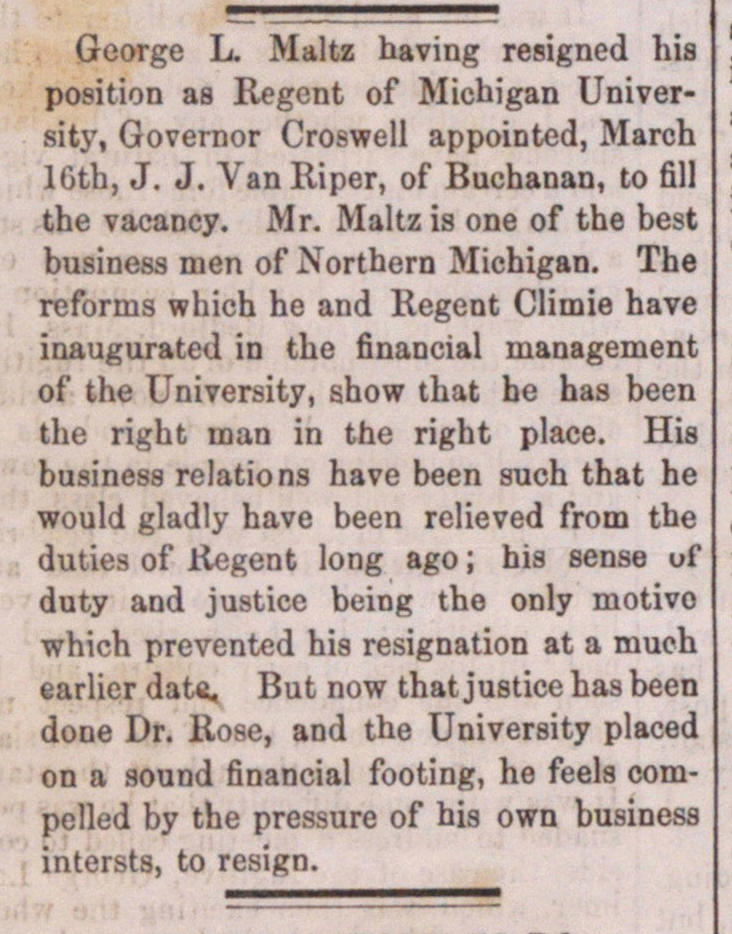 George L. Maltz having resigned his position as Regent of Michigan University, Governor Croswell appointed, March lOth, J. J. Van Riper, of Buchanan, to fill the vacancy. Mr. Maltz is one of the best business men of Northern Michigan. The reforms which he and Regent Climie have inaugurated in the finaocial management of the University, show that he has been the right man in the right place. His business relations have been such that he would gladly have been reüeved from the duties of Regent long ago ; his sense of duty and justice being the only motivo which prevented his resignation at a much earlicr date, But now that justice has been done Dr. Rose, and the University placed on a sound financial footing, he feels compelled by the pressure of his own business intersts, to resign.