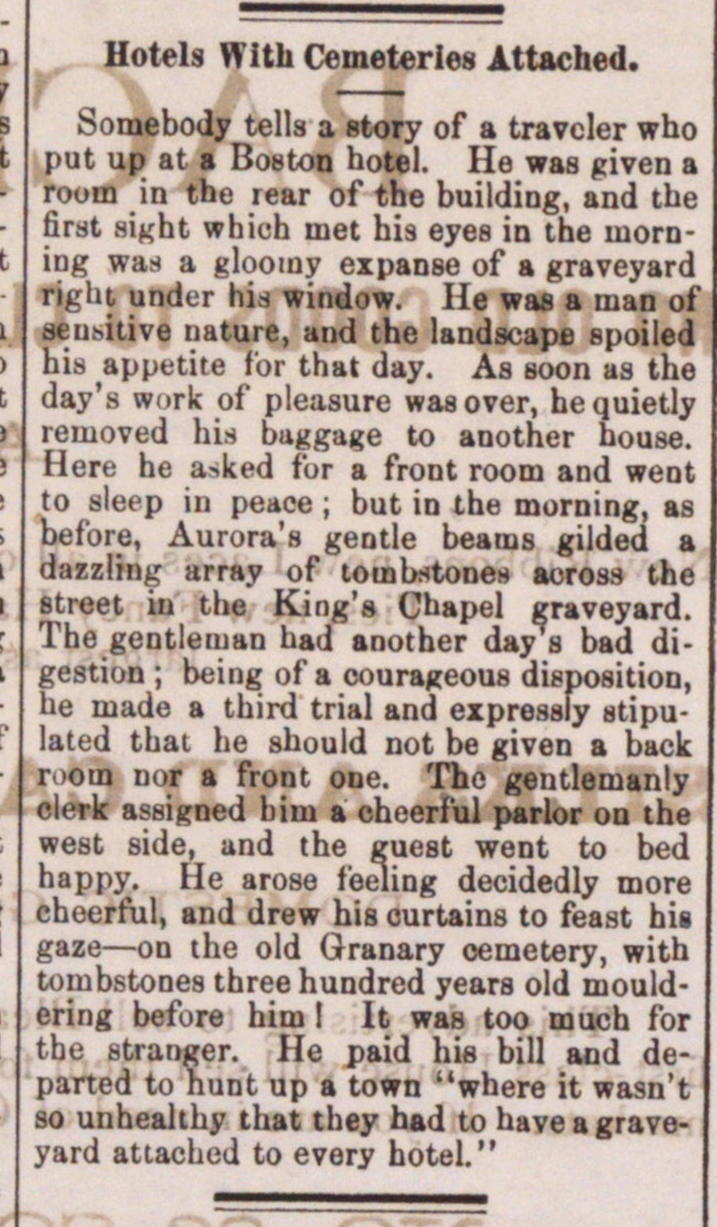 Somebody tells a story of a travcler who put up at a Boston hotel. He was piven a room in the rear of the building, and the first sight which met his eyes in the morning was a gloomy expanse of a graveyard right under liis window. He as a man oí seusitive nature, and the landscape spoiled bis appetite f'or that day. As booh as the day's work of pleasure was over, hequietly removed his baggage to another house. Here he asked f'or a front room and went to sleep in peaee ; but in the morning, as befure, Aurora' gentle beaius gilded a darzlÑi array of tombstonen aoross the street in the King's Chapel graveyard. Tbe gentleman had another day s bad digestión ; being of a courageous disposition, he made a third trial and exprossly stipulatod thai he shouid not be given a back Mom nor a front one. The gentlemanly clerk assigned bim a cheerful parlor on the west side, and the guest went to bed happy. He arose feeling decidedly more cheert'ul, and drew his ourtains to feast his gaze - on the old Granary oemetery, with tombstone8 threehundred years old mouldering before him 1 It was too much for tbe stranger. He paid his bill and departed to hunt up a town "where it wasn't so unhealthy that they had to have a graveyard attached to every hotel."