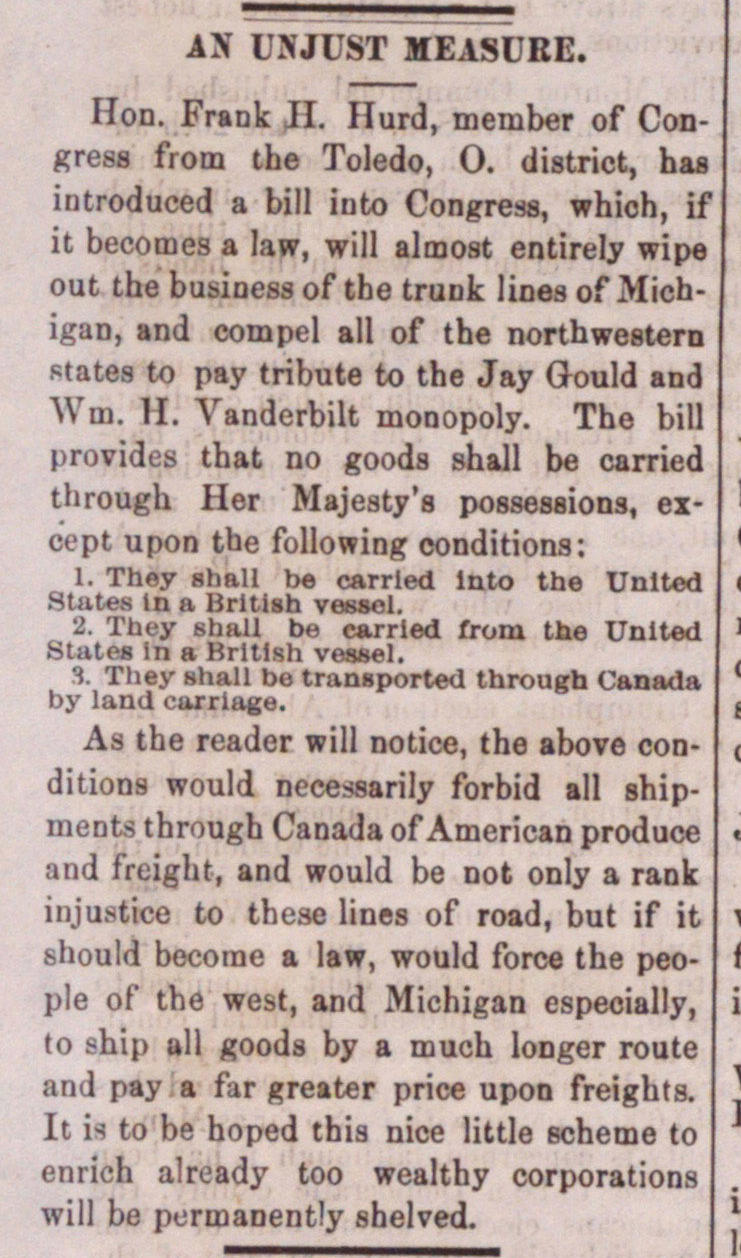 Hon. Frank II. Hurd, member of Congress from the Toledo, O. district, bas introduced a bilí iuto Congress, whioh, if it becomes a law, will almost entirely wipe out the business of tbe truck lioes of Michigan, and compel all of the northwestern states to pay tribute to the Jay Gould and AVui. II. Vanderbilt monopoly. The bill provides that no goods shall be carried through Her Majesty's possessions, except upon the following conditions: 1. They stiall be carried lnto the United States In a Brltish vessel. 2. They shall be ciurled from tbe United State in a Brltlsh veasel. t. They shall be transponed through Canada by land carrlage. As the reader will notice, the above conditions would nece38arily forbid all ments through Canada of American produce and freigbt, and would be not only a rank injustice to these lines of road, but f it sliould become a law, would force the people of the west, and Michigan especially, to ship all goods by a much longer route and pay a far greater price upon freights. It U to be hoped tbis nice little écheme to enrich already too wealthy corporations will be pormaoently sbelved.