The united action of the three new members... 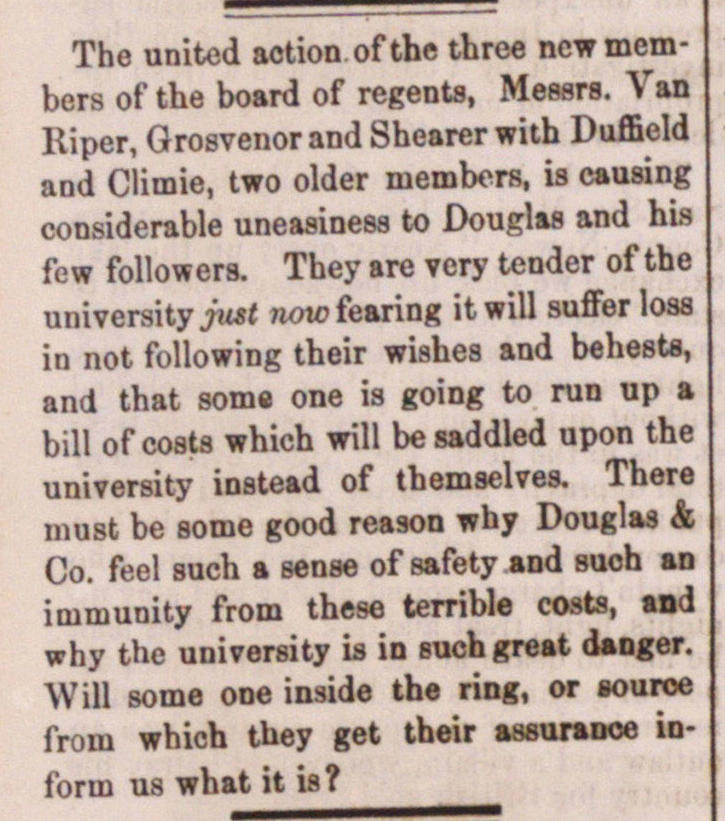 The united aotion of the three ncwmembors of the board of regenta, Messrs. Van Kiper, Grosvenorand Shearer with Dufficld and Climie, two older members, is causing considerable uneasiness to Douglas and his few followers. They are vcry tender of the university ju notofearing itwill suffer loss in not following their wishes and behests, and that soms one is going to run up a bilí of costs which will be saddled upon the university instead of themselves. There must be some good reason why Douglas & Co. feel such a sense of safety and suoh an ioimunity from these terrible costs, and why the university is in such great danger. Will some one inside the ring, or souroe from which tUey get their assuranoe inform us what it is?