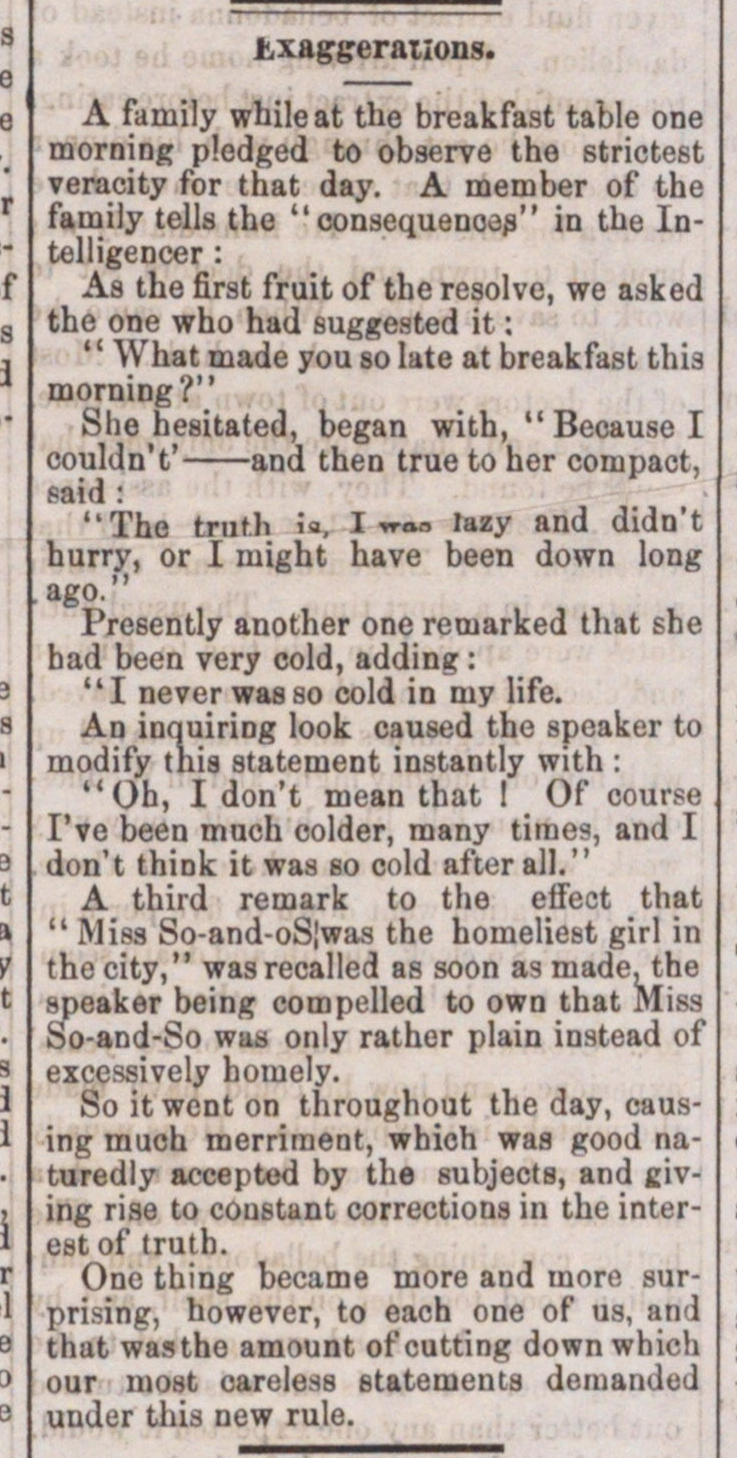 A family whileat the broakfast table one morning pledged to observe the strictest veracity for that day. A member of the family tells the "consequenoaa" in the IntelligeDcer : As the first fruit of the resolve, we asked the one who had suggested it : " What made you so late at breakfast thia morning?" Shehesitated, began with, " Because I couldn't' and then true to her compact, nfd : "The truth ;, I w lazy and didn't hurry, or I might have been down long ago." Presently another one reuiarked that she bad been very oold, adding : "I never wasso cold in my life. Ap inquiring look caused the speaker to modify this statement instantly with : "Oh, I don't mean that ! Of course I've been mach colder, raany times, and I don't think it was so cold after all." A third remark to the effect that " Miss So-and-oSwas the homeliest girl in the city," wasrecalled as soon as made, the speaker being compelled to own that Miss So-and-So was only rather plain instead of excessively homely. So it went on throughout the day, causing muoh merriment, which waa good naturedly acceptod by the subjects, and gving riae to constant corrections in the interest of Iruth. One thing became more and more surprising, however, to each one of us, and that wasthe amount ofcutting down which our most oareless statements demanded under thia new rule.