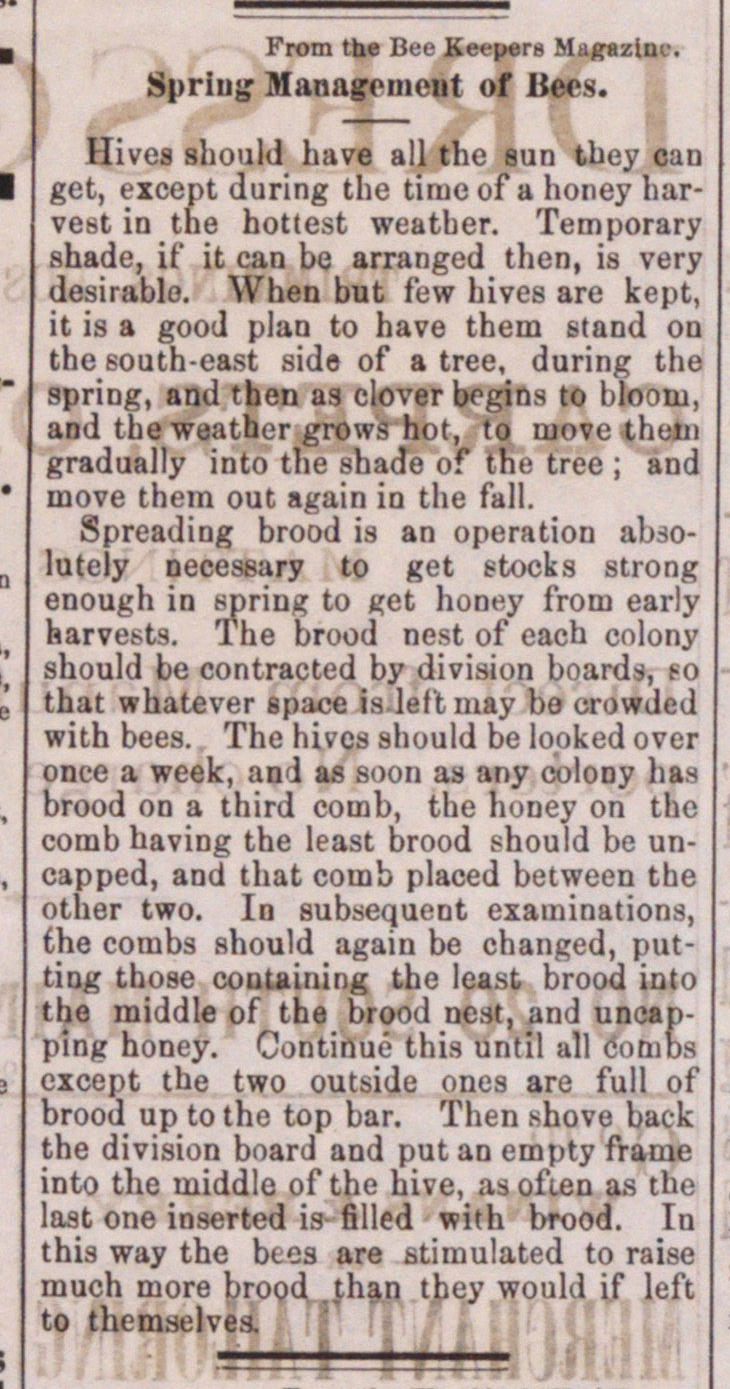 Hives shoiild have all the sun tuey oan get, except during the time of a honey liarvest in the hottest weather. Temporary shade, i f it cao be arranged tijen, is very desirablo. When bnt few hives are kept, it is a good plan to have them stand od the south-east side of a tree, during the spring, and then as cloverbogins to lilooni, and the weather grows hot, to move theiii gradually into the shade of the tree ; and move them out again ia the fall. Spreading brood is an operation absoluteiy neceseary to get stocks strong enough in spring to get honey from early harvests. The brood nest of each colony should be contracted by división boards, eo that whatever space is. lelt may be crowded with bees. The hives should be looked over once a week, and as soon as any colooy lia.s brood on a third comb, the honey on the comb having the least brood should be uncapped, and that comb placed between the other two. In subsequeot examinations, the combs should again be changed, putting those coauining the least brood into the middle of tha brood nest, and unoapping honey. Continue this until all dotnbs except the two outside ones are full of brood up to the top bar. Then shove back the división board and put an empty frame into the middle of the liive, asoften a.s tne last one inserted filled nith brood. In this way the btes are stimulated to raise much more brood .than they wonlil if left to themselves.