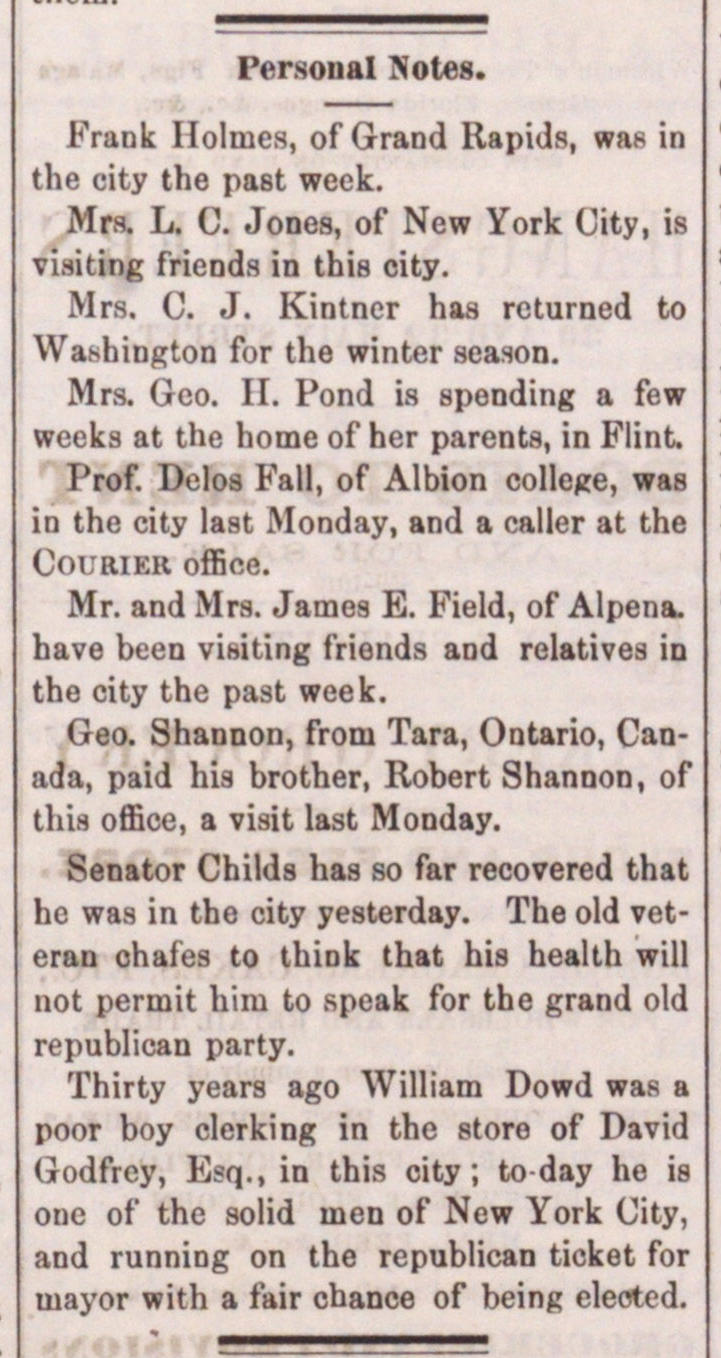 Frank Holmes, of Grand Rapids, was in he city the past week. Mrs. L. C. Jones, of New York City, is vi.iiting friends in this city. Mrs. C. J. Kintncr has returned to rVashington for the winter season. Mrs. Geo. II. Pond is gpending a few weeks at the home of her parents, in Flint. Prof. Deloa Fall, of Albion college, was n the city last Monday, and a ruller at the Courier office. Mr. and Mrs. James E. Field, of Alpena. ïave been viwting friends and relatives in he city the past week. Geo. Shannon, from Tara, Ontario, Canada, paid his brother, Robert Shannon, of his office, a visit last Monday. Senator Childs has so far recovered that ie was in the city yesterday. The old veteran chafes to thiok that his heallh will ïot permit him to speak for the grand old republican party. Thirty years ago William Dowd was a poor boy clerking in the store of David Jodfrey, Esq., in this city ; to day he is one of the solid men of New York City, and running on the republican ticket for mayor with a fair chance of being eleoted.