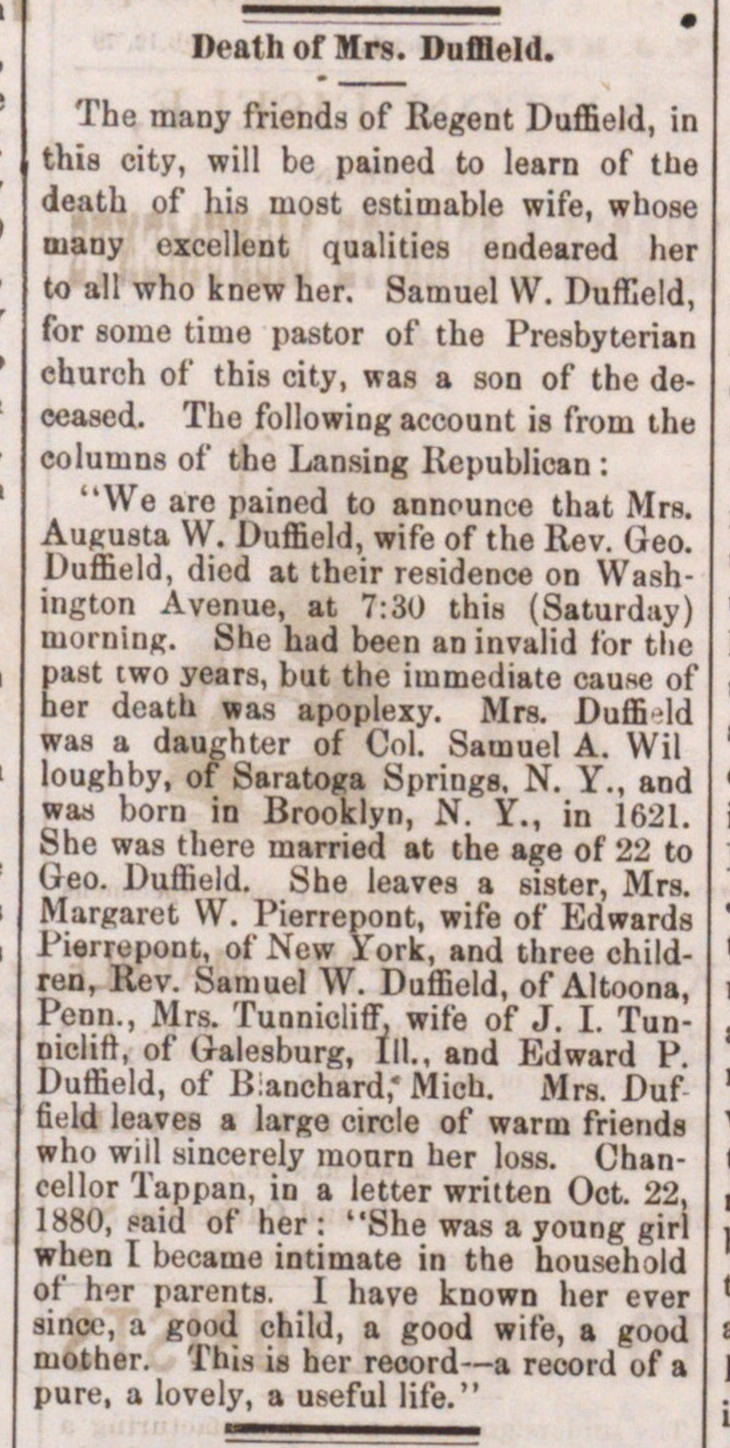 The many friends of Regent Duffield, in this city, wül be pained to learn of the death of his most estimable wife, wliose uiany excellent qualities eadeared her to all who knew her. Samuel W. Duffield, for some time pastor of the Presbyterian church of this city, was a son of the deceased. The following account is from the columns of' the Lansing Uepublican : "We are pained to announce that Mrs. Augusta W. Duffield, wife of the Rev. (ieo. Duffield, died at their residence on Washington Avenue, at 7:30 this (Saturdiiy) murning. She had been an invalid lor the past two years, but the immediate cause of her death was apoplexy. Mrs. Duffi-ld was a daughter of Col. Samuel A. Wil loughby, of Saratoga Springs, N. Y., and was born in Brooklyn, N. Y., in 1621. She was there married at the age of 22 to Ueo. Duffield. She leaves a sister, Mrs. Margaret W. Pierrepont, wife of Edwards Pierrepont, of New York, and three children, Rev. Samuel W. Duffield, of Altoona, Penn., Mrs. Tunnicliff, wife of J. I. Tunniclift, of (Jalesburg, III., and Edward P Duffield, of liianchard,' Mich. Mrs. Duf field leaves a large circle of warm frienda who wül sincerely mourn her loss. Chancellor Tappan, io a letter written Oct. 22, 1880, said of her: "She was a young girl when I became intímate in the household of her parents. I have known her ever since, a good child, a good wife, a good niother. This ig her record - a record of a pure, a lovely, a useful lite."