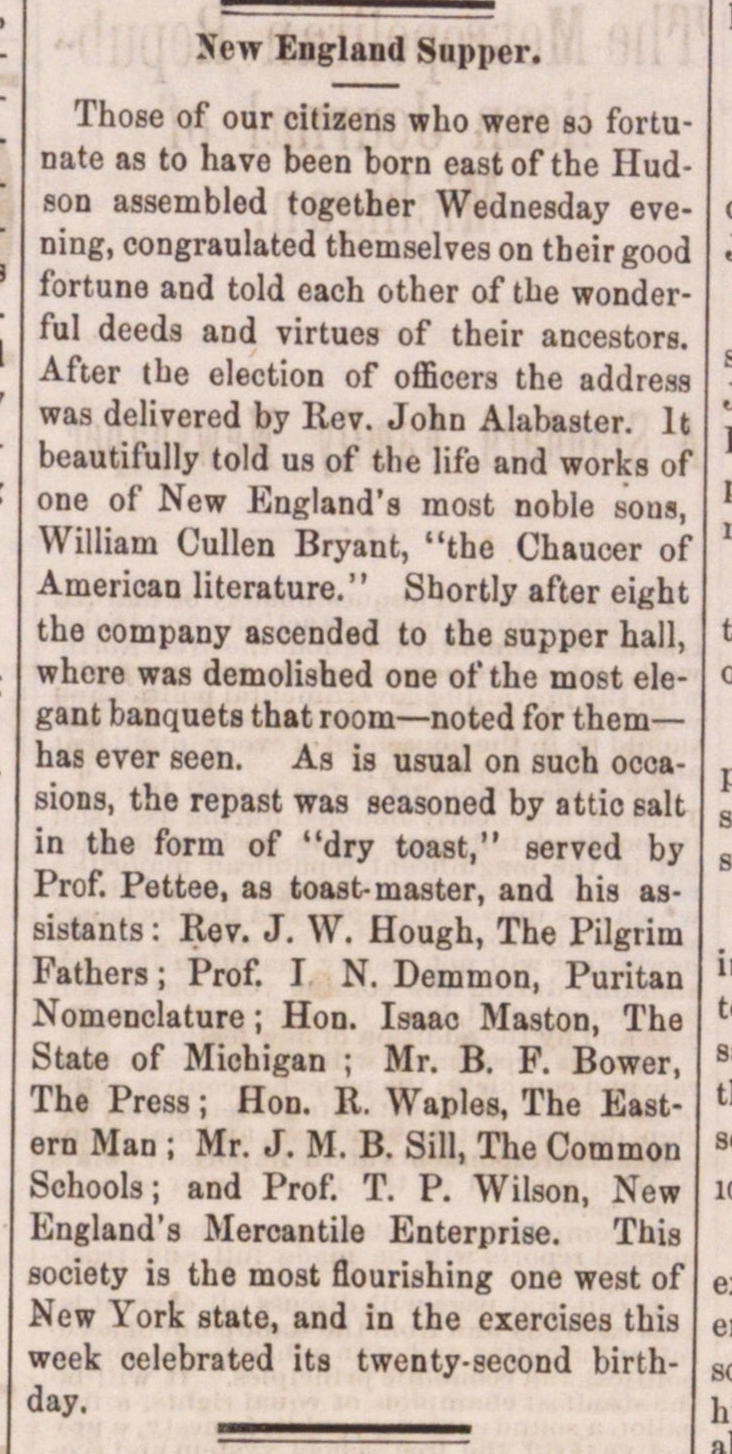 Those of our citizens who were so fortúnate as to have been bom eastof the Iludson assembled together Wednesday evening, congraulated themselves on their good fortune and told each other of the wonderful deeds aDd virtues of their ancestors. After the election of officers the address was delivered by llev. John Alabaster. lt beautifully told us of the lifo and works of one of New England's most noble sous, William Cullen Bryant, "the Chaucer of American literature." Shortly after eight the company ascended to the supper hall, whore was demolished one of the most elegant banqueta that room - noted for them- has ever seen. As is usual on such occasions, the repast was seasoned by attic sak in the form of "dry toast," served by Prof. Pettee, as master, and his assistants : Rev. J. W. Hough, The Pilgrim Fathers ; Prof. I N. Demmon, Puritan Nomenclature ; Hon. Isaac Maston, The State of Michigan ; Mr. B. F. Bower, The Press ; Hon. It. Waples, The Eastern Man ; Mr. J. M. B. Sill, The Common Schools; and Prof. T. P. Wilson, New England's Mercantile Enterprise. This society is the most flourishing one west of New York state, and in the cxercises this week celebrated its twenty-second birthday.