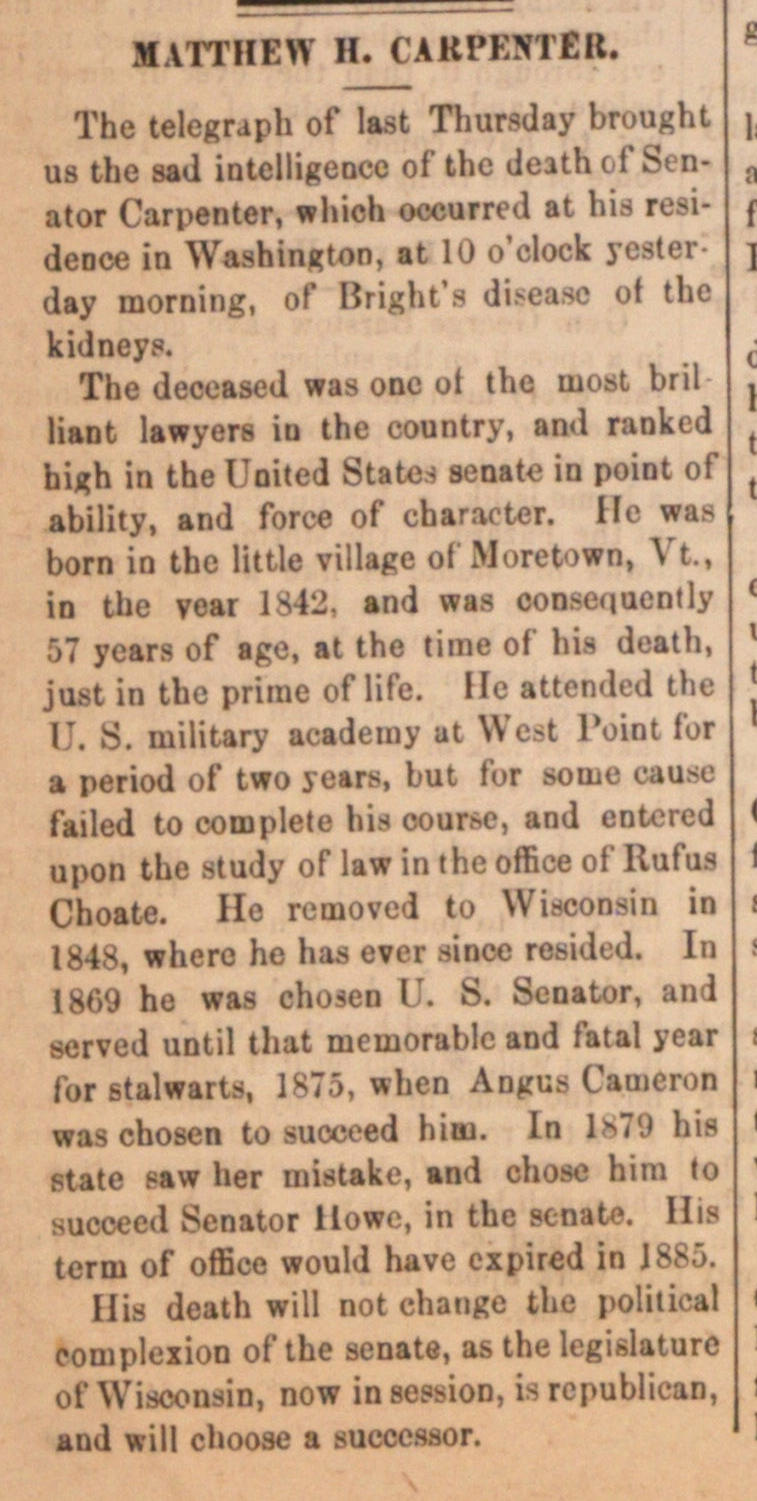 Tbc telegraph of last Thursday brought us the sad intclligeoce of the death cf Senator Carpenter, whioh oocurred at In deoce in Washington, at 10 o'clock yesterday morning, of Bright's di-ease of the kidneyp. The decoased was onc ol the most bril liant lawyers in the country, anl rankcd high in the United States senate in point of ability, and force of character. He was bom ia the little villapc of Moretown, Vt., in the voar J S42. and was consequently 5" years of age, at the time of his death, jut in the prime of life. He attcnded tlic military acadeniy at Weit Poiot fof a period of two years, but for sonie MOM failed to complete his oour.se, and cntcrcd upon the study of law in the office of' Rafal Choate. He removed to Wisconsin in 1848, whcro he has ever since residcd. In 1869 he was chosen U. S. Senator, and served until that memorable and fatal year for stalwarts, ]s;.j, when Angus Cameron was chosen to succeed hiai. In W,i his state saw her mistake, nd chose him to succeed Senator llowc, in the senate. His term of office would have expired in J885. His death will not changc the polilical complexión of the senate, as the legislature of Wisconsin, now in session, is republican, and will choose a successor.