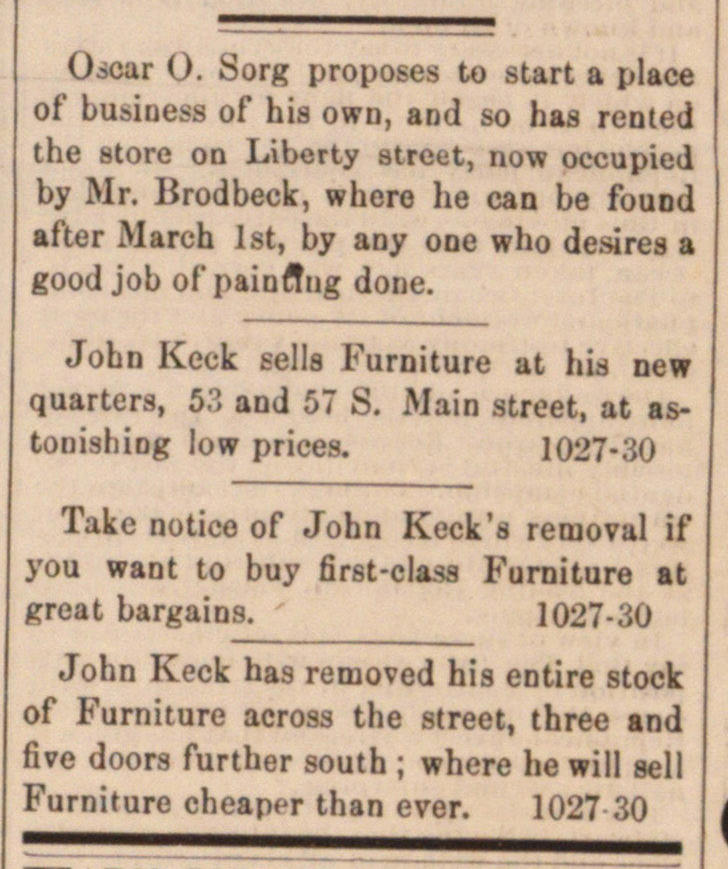 Oácar O. Sorg proposes to start a place of' business of his owo, and so has rcnted the store on Liberty atreet, now occupiei by Mr. Brodbeck, whero he can be founc after March Ist, by any one who desires a good job of painftug done. John Keck sella Furniture at his new quarters, 63 and 57 S. Main street, at astonishiog low prices. 1027-30 Take notico of John Keck's removal il you want to buy first-class Furniture at great bargains. 1027-30 John Keck has removed his entire stock of Furniture across the street, three and five doors further south ; where he will sel) Furniture cheaper than ever. 1027 30