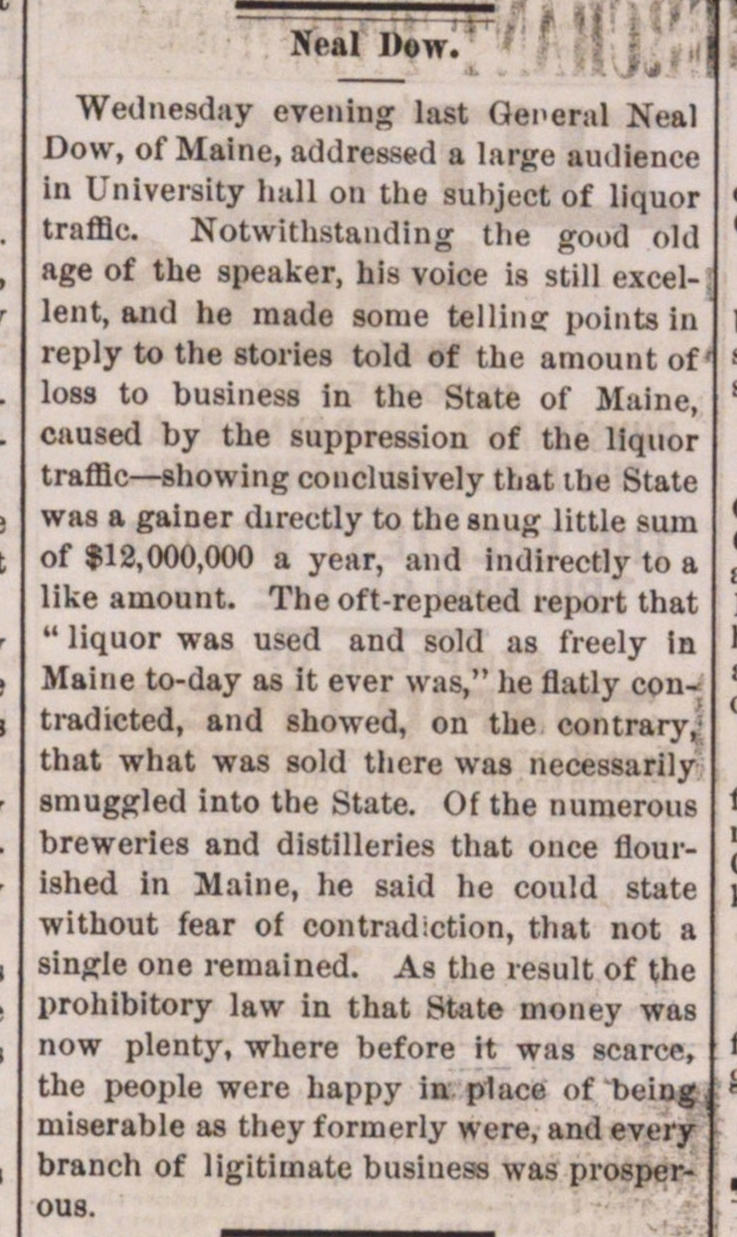 vyeunesuay evening last Ueneriil Neal Dow, of Maine, addresssd a large audience In Univeraity hall on the suhject of liquor trafflc. Notwithstanding Üie good oíd age of the speaker, nis voice is still : leut, and he made some telling pointe In reply to the stories told of the amount of' loss to business in the State of Maine, caused by the suppression of the llquor trafflc- showing conclusively that the State was a gainer directly to the snug little sum of $12,000,000 a year, and indirectly to a like amount. Theoft-repeated report that " liquor was used and sold as freely In Maine to-day as t ever was," he flatly contradicted, and showed, on the contrary,; that what was sold thcre was necessarily smuggled into the State. Of the numerous breweries and distilleries that once flourished in Maine, he said he could state without fear of contradlction, that not a single one remained. As the result of the prohibitory law in that State money was now plenty, where before it was scarce, the people were happy in. place of being miserable as they formerly were, and every branch of ligitiunate business was prosperous.