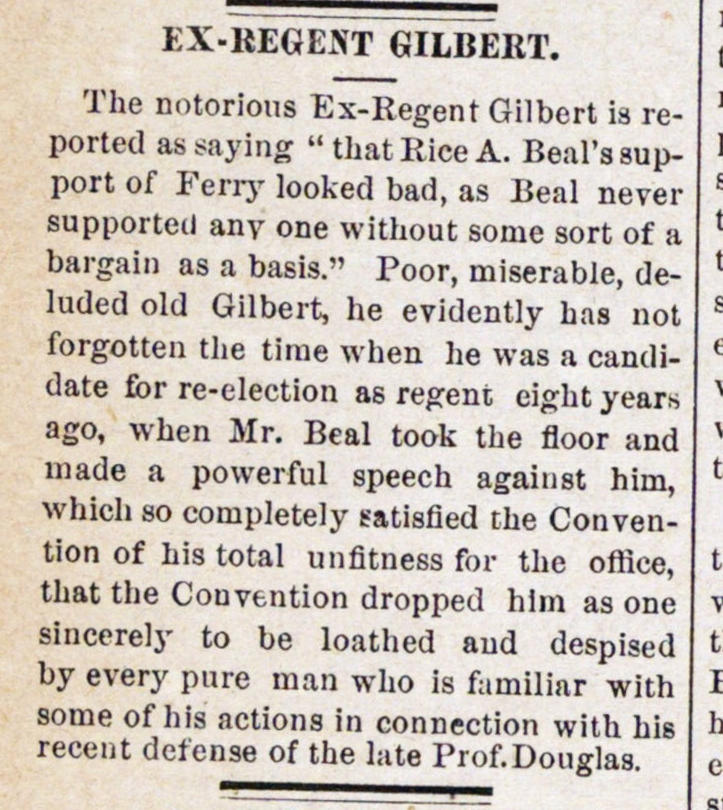 The notorious Ex-Regent Gil bert ia reported assaying "thatliiceA. Beal's support of Ferry looked bad, as Iieal never supportecl anv one without some sort of a bargain as a basis." Poor, miserable, deluded oíd Gilbert, he evidently has not forgotten the time when he was a candidate for re-election as regent eight years ago, when Mr. Beal took the floor and made a powerful speech against him, which so completely eatisfied the Convention of his total unfitness for the oftice, that the Couvention dropped him as one sincerely to be loathed aud despised by every pure man who is familiar with some of his actions in connection with his recent defense of the late Prof.Douglas.