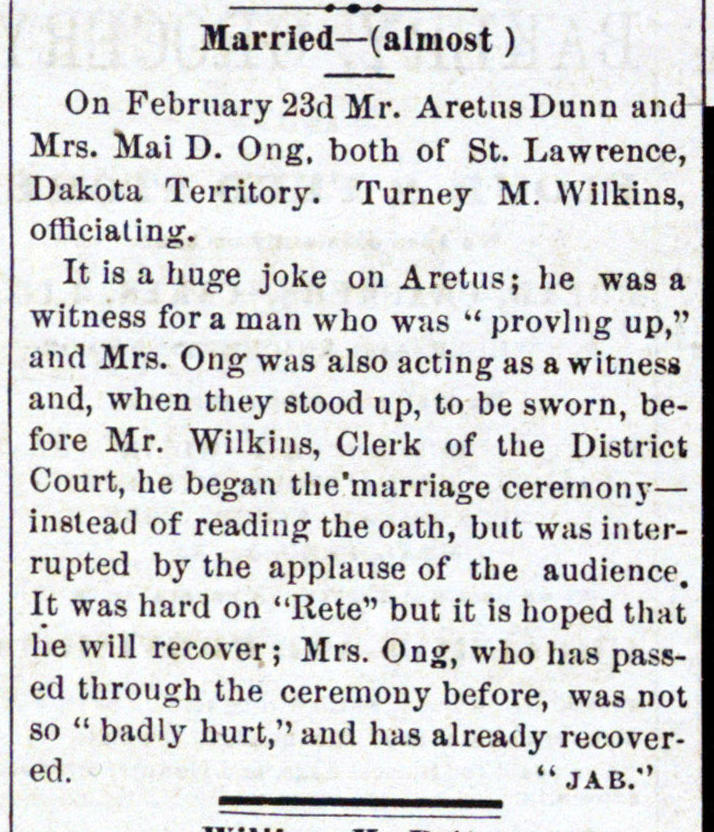 On February 23(] Mr. AretnsDunn and Mrs. Mai D. Ong, both of St. Lawrence, Dakota Territory. Turney M. Wilkins, officialing. It is a huge joke on Aretus; )ie was a witness fora man who was " provlng up," and Mrs. Ong was also acting as a witnesí and, when they stood up, to be sworn, before Mr. Wilkins, Clerk of the District Court, he bogan tlie'marriage ceremony - inslead of reading the oath, but was interrupted by the applause of the audience. It was hard on "Rete" but it is lioped that he will recover; Mrs. Ong, who has passed through the ceremony before, was not 80 " badly hurt,'' and has already ed.