A Superior Being, Anyway 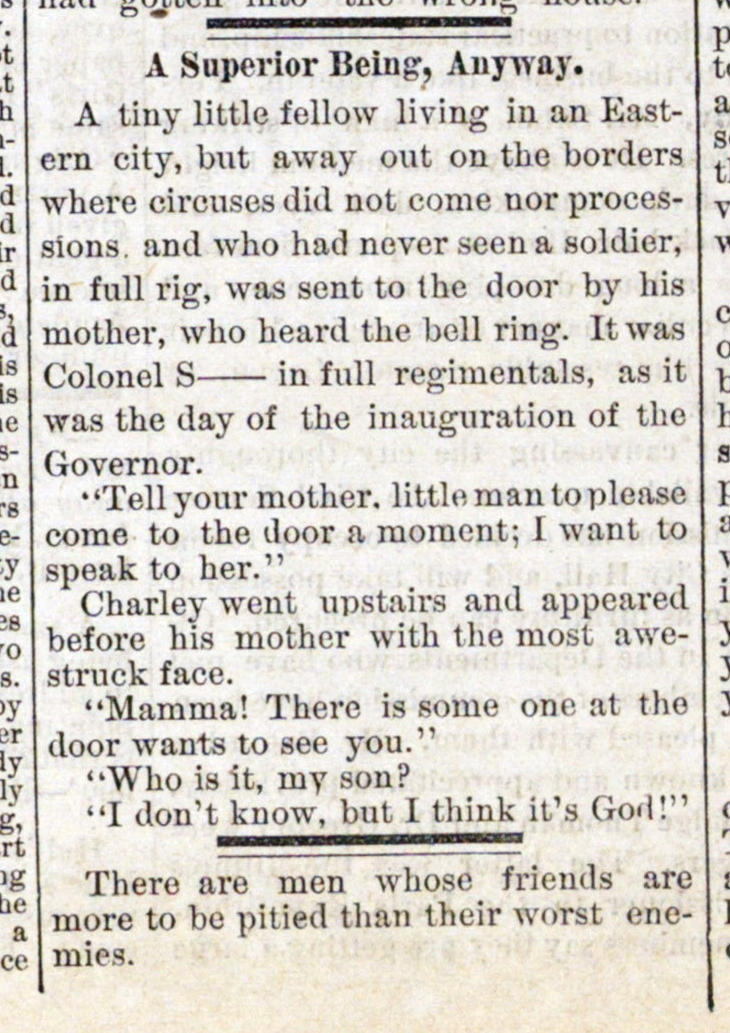 A liny little follow living m an bastera city, but away out on the borders where circuscs did not come nor proeessions. and who had nover seena soldier, in full rig, was sent to the door by his mother, who heard the boll ring. Itwas Colonel S - - in full regimentáis, as it was the day of the inauguration of the Governor. "Tellyour mother. littltimautoplease come to the door a moment; I want to speak to her." Charley went upstairs and appcared before his mother with the most awestruck face. "Mamma! There is some one at the door wants to see you." "Who is it, in y son? "I don't kuow, but I think it's God!" - - - - - ' ! There are men whose friends are [ more to be pitied tlian their worst enes mies.