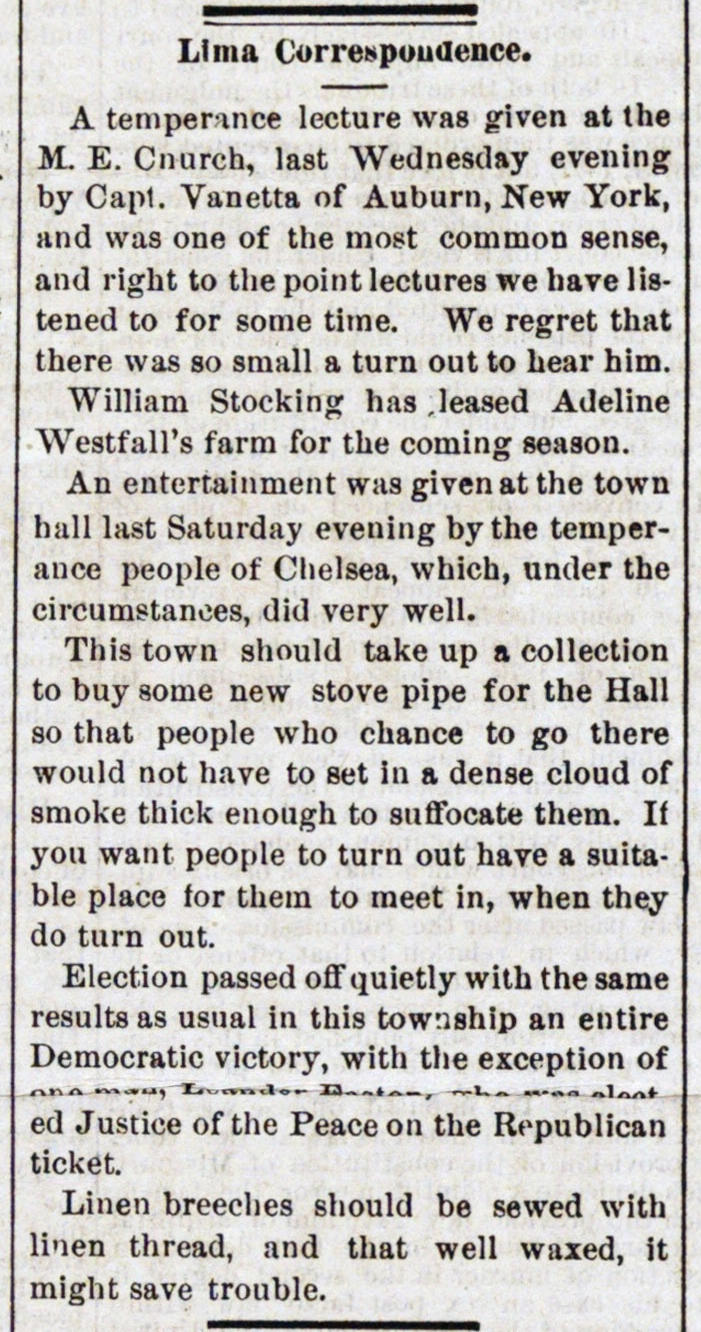 A temperince lecture was given at the M. E. Cnurch, last Wednesday evening by Capt. Vanetta of Auburn, New York and was one of tlie most common sense, and right to the point lectures we lmve lis tened to for sotne time. We regret that there was so small a turn out to hear liim William Stocking has .leased Adeline Westfall's farm for the coming season. An entertainment was given at the town hall last Saturday evening by the temperance people of Chelsea, which, under the circumstanees, did very well. This town should take up a collection to buy some new stove pipe for the Hal so that people who chance to go there would not have to set in & dense cloud o: smoke thick enough to suffocate tliem. I yon want people to turn out have a suitable place lor thein to meet in, when they do turn out. Election passed off tjuietly with the same results as usual in this tow:iship an entire Democratie victory, with the exception o) ed Justice of the Peace on the Republican ticket. Linen breeches should be sewed with li'ien thread, and that well waxed, it miglit save trouble.